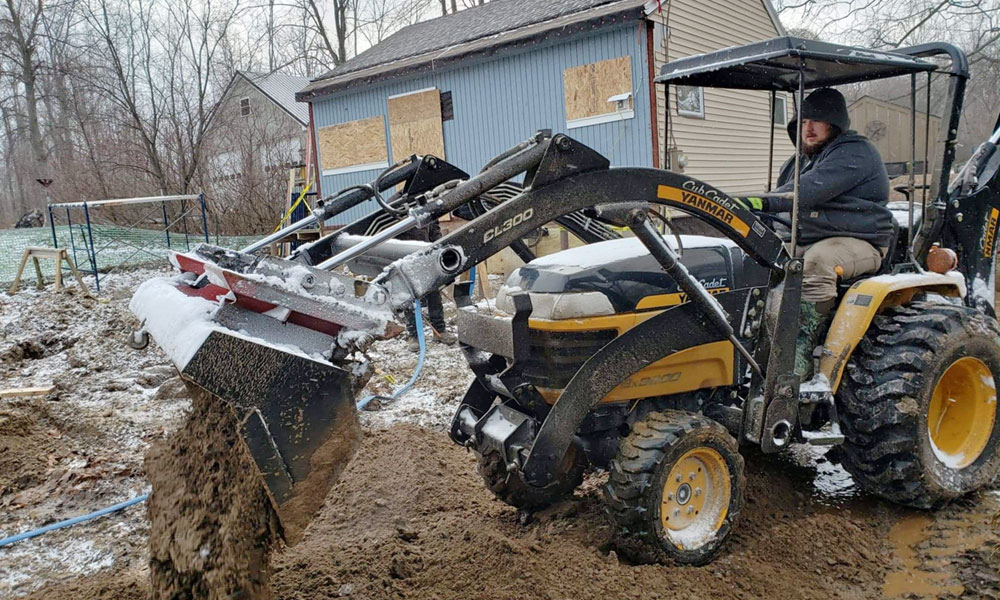 William Barry has invested over $20,000 into equipment for his landscaping business, including excavation machinery that will allow him to install underground water lines. He was the first person to file a doing business as (DBA) in Oswego County.

William Barry rang in the new decade by taking the next step in opening his landscaping business and filing a doing business as (DBA) certificate with the Oswego County clerk’s office.

On Jan. 3, Barry filed a DBA, identifying his business as One Cut Above landscaping. He’d been working through the process since June, but has had the idea to open a landscaping business for years.

Barry says that he started One Cut Above because, besides having a genuine interest in landscaping, he requires the flexibility that working for himself can provide.

Barry was an Army reservist, stationed in Oswego, until he was deployed in 2012 and sent to Afghanistan. He served for three years, and upon returning to Oswego, got a job and set about building a civilian career.

“I had a career, and I was doing quite well for myself,” Barry said. “However, I was diagnosed with PTSD, as a result of my Army service, and I needed to make a change. The best thing for me is to work for myself, to have the flexibility to take my health seriously.”

The process to build the business has been slow, and Barry needed to make a significant investment in equipment to get started. He has invested approximately $20,000 in machinery like zero-turn lawn mowers, a small dump truck, a trailer for the equipment, a stump grinder and a brush hog.

With his business, Barry will focus on spring, summer and fall yard work. He said that he expects to have a lot of clients in the spring and fall, for cleanup work. He also has excavation equipment that will allow him to install underground water lines.

Currently, Barry’s biggest concern is securing a client base, to start making back his original investment and eventually make a profit.

“At the moment, I don’t have all that many jobs lined up, so it is a shot in the dark in a way,” Barry said.