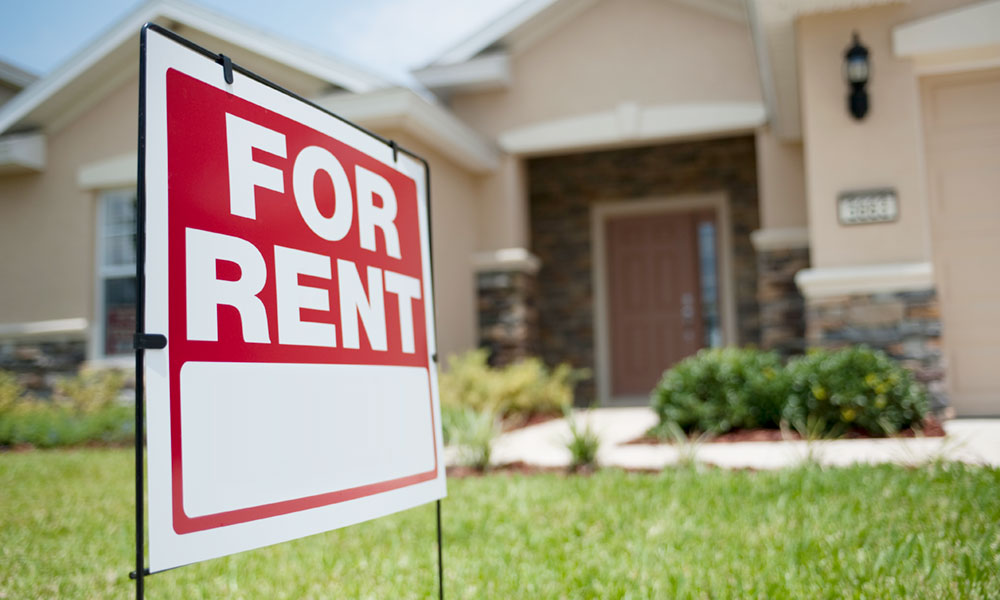 Many of those looking for a roof over their heads are getting a new lease on life.

In 2010, the average renter was a single person with a high school education who made less than $30,000 a year, according to a recent CBS News report.

By 2018, the renter profile had shifted to more college-educated, married couples, CBS noted.

Florence Farley, a sales associate with Berkshire Hathaway CNY Realty in Oswego, said this trend is evident “to some degree” in Central New York as well.

“We have a number of tenants who come from unique backgrounds,” she said. “For example, young people coming to Oswego for work at the U.S. Coast Guard Station or U.S. Border Patrol know they may be transferred to another part of the country in a relatively short period of time.”

As a result, they often rent because it relieves them of the stress of having to sell a home when they leave, Farley noted.

She recalled one young serviceman who was stationed in Arizona who was transferred in the wake of the 2008 recession that gripped the United States.

“He was faced with being saddled with two mortgages,” she said. “Because Arizona had a major downturn in property values, he took a major financial loss.”

Farley said workers associated with SUNY Oswego or the local health care industry sometimes rent for a year or so in order to get acquainted with the community.

Farley said this trend is apparent in certain areas of Upstate New York.

She noted Upstate New York includes rural areas like Oswego, Madison, Jefferson and Lewis counties, some of which have a high poverty level.

“That is demonstrated by the number of students who qualify for free and reduced school lunches or the ‘Blessings in a Backpack’ program that provides food over the weekend to children in low-income homes,” she said.

According to the New York State Department of Education, 57% of the students in Oswego County are considered economically disadvantaged.

“As a result, their parents rent because they might not qualify for a mortgage or out of necessity,” Farley said.

On the other hand, those living in Fayetteville, Manlius or Skaneateles are much more likely to fall into the Harvard study demographic, she added.

“They may be renting because of the availability of luxury apartments or because of an expressed desire to spend their money on lifestyle comforts like overseas travel,” Farley said.

Farley said this trend is being realized in Central New York when examining conventional mortgages.

“However, our young people are often able to buy their first home because they qualify for loans that provide assistance with expenses associated with down payments and closing costs,” he said.

New York state offers financing through federally subsidized housing funds that provide buyers with up to a 17% grant that does not have to be repaid if they meet certain criteria, such as income eligibility and opting to live in the home for at least 10 years.

Resources offered through organizations such as the Federal Housing Administration, Veterans Administration, United States Department of Agriculture and local community development offices “allow these homebuyers to actually unlock the door to their first home and gain the tax deductions and psychological pride of knowing that this is their house,” Farley said.

She said researchers have found a positive correlation between home ownership and academic achievement.

While there is a decline in new home construction across the U.S., there are other more prominent factors that are steering the middle class into rental housing.

These include the income-to-debt ratio experienced by young people who come out of college with major student loans as well as credit card debt.

“It could also be simply the desire of a younger generation to simplify life and not have to worry about mowing the lawn, repairing the water heater or plowing the snow at their own home,” Farley said.

“The immediate appeal of a high-end apartment overlooking water with a lease that includes amenities from technology to fitness centers to even cleaning or restaurant and coffee shop accessibility on the first floor is significant, especially in larger cities for people with incomes exceeding $60,000,” she said.

Farley said the decline in new home construction impacts the middle-aged buyer who is looking for their second home and intends on using proceeds from the sale of their first home to build the house that they get to design from the ground up.

For those families that are paying more than 30% of their household income on rent, they are considered cost burdened, Farley noted.

According to recent statistics from the U.S. Census Bureau and the American Community Survey, which provides five-year estimates, median gross rent was $1,226 per month in New York state.

“There are all kinds of additional numbers that are sometimes less reliable, Farley said.

“Many are based upon national surveys that don’t always factor in tax deductions, number of years that a person intends to stay in that housing, the incredibly low fixed interest rates or the equity that one is building,” she added.

Rent versus buy calculators can also offer a starting point, she said, such as www.nerdwallet.com/mortgages/rent-vs-buy-calculator.

Farley said area developers are realizing the need for low-income rental properties that are being government subsidized.

“New York also has very strong tenants’ rights that were made even stronger recently,” Farley said.

She cited as an example the recent construction of Champlain Commons in Scriba, a 56-unit affordable housing development.

Seventeen of the apartments are set aside for qualified individuals who are homeless or at risk of homelessness and who will receive services and support to help them live independently, Farley said.

Section 8 authorizes the payment of rental housing assistance to private landlords on behalf of low-income households in the U.S.

Examples of subsidized housing being incorporated into conventional housing units include Hamilton Homes and Seaway Lofts in the Port City.

Also, some of the new units under construction at the Harborview Square project — which includes 11 apartments reserved for people with physical disabilities or traumatic brain injuries — are also reserved for subsidized housing.

When gauging whether the rental housing trend will continue as the generation behind millennials leaves their parents’ home in search for affordable housing, Farley said given recent worldwide health events, “that would require a crystal ball.”

However, the NAR refers to them and others as “aspiring buyers” because all surveys point to the fact that even if young people are renting, 75% of them still see home ownership as part of the “American Dream” and 81% want to own a home in the future, Farley noted.

She said some options are beginning to become apparent, such as multi-generational homes where members of more than two generations live under the same roof.

Other upcoming trends may involve homes that have been inherited or given as a gift; the “tiny house” movement where people are opting for living space less than 400 square feet; VA loans for returning military personnel; pet-friendly housing community living; themed condos and homeowner associations, Farley noted.