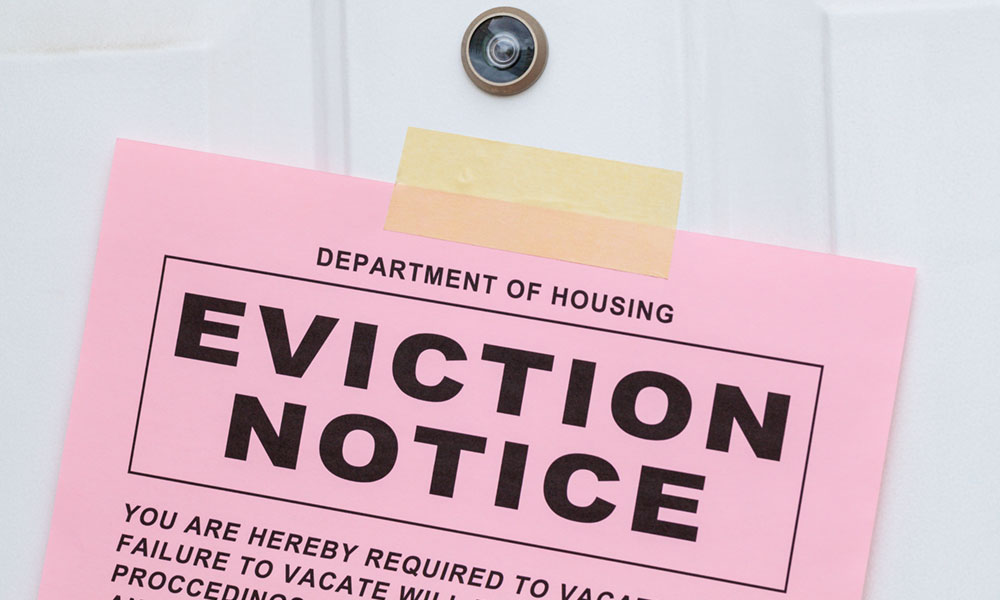 Eviction moratorium has placed hardships on many landlords during pandemic

Mom-and pop landlords, or those who own just a few properties, have faced unprecedented challenges since the beginning of the pandemic.

While legal protection has helped prevent massive evictions among those who have lost employment during the pandemic, it has also unwittingly created loopholes exploited by dishonest tenants financially unaffected by the coronavirus pandemic.

Two tenants currently owe him back rent and feel confident that they will eventually be able to repay him. But he also had two others who had not paid rent since the beginning of 2020 — that’s a year and a half without receiving any rent.

And, another has not paid since acquiring the unit in October, claiming that COVID-19 has affected the ability to pay rent.

“With the CDC declaration, all a tenant has to say is ‘I was affected by COVID’ with no check on it. I can’t evict them,” Lochow said. “It’s a joke. A number of these people are still working.”

In early May, state lawmakers voted to extend the moratorium on eviction to Aug. 31, forcing landlords to wait even longer for their money.

Other impediments to landlords include the tenants’ cooperation. Both the tenant and landlord must apply and qualify for the landlord to receive funds.

Lochow estimates that he has lost $25,000 in rent, plus the cost of damage to his properties. Lochow said that the police won’t help in cases of vandalism in his rentals as that is a civic matter handled in court.

Despite these losses, he counts himself fortunate. Other landlords posting on his New York Landlord Rights Facebook page have experienced far worse. Many landlords have shared that once eviction bans were enacted, some of their tenants quit paying rent, saved their money for a down payment and bought a house. Some landlords who have not received rent say that after stimulus money is disbursed, they see numerous boxes for expensive items like flat-screen TVs on the curb outside their units.

“Because of the stimulus money, Walmart has done well,” Lochow said, “but landlords aren’t getting their rent.”

With courts shut down during most of the pandemic and moratoriums on evictions, landlords have no means of obtaining rent. Lochow said that even if they can take tenants to court, they will receive little if any money should they win because the tenants are not working or else they refuse to pay.

Some landlords report damage to their property as vengeful tenants feel harassed by landlords asking for their rent money. Based upon what other landlords have told him, Lochow estimates that 20% to 30% of New York tenants not paying rent still have jobs or receive unemployment.

Lochow has done well because he owns his properties. Many of those still paying mortgages on their units are struggling to stay afloat or find means of mortgage relief.

It has helped Lochow that he has maintained positive relationships with most of his tenants. He has kept rent low and only increased it when his taxes and insurance premiums increase. Since the pandemic started, he has worked with tenants unable to pay. He is willing to wait a few months to receive rent from tenants who have ordinarily paid on time. He has also helped tenants look for work.

“At this point, things are moving forward,” Sherman said in April. “If the tenant is not claiming a financial hardship, then they should go ahead and do what they normally do. It is true that for a while now, the court has been virtual in Syracuse and in some towns in Onondaga County. Starting in May more courts will be back in person.”

Virtual evections are tough for many small landlords. To help, Sherman’s organization provides training. The network also advises tenants to apply for rent relief through Onondaga County (or through the statewide or local programs for those outside of Onondaga).

“For landlords, it’s really going to cost them less if they can get their tenants to apply for the rent relief money and then they won’t have any cost of renovating the apartment to rent to someone new,” Sherman said.

She said that eviction is difficult and often requires hiring an attorney. She also advises landlords to have an attorney review their lease agreements and any other documents passing between them and tenants.

Sherman hopes that the current crisis will not put good small landlords out of business. She admits that some people have continued working without paying rent.

“There’s no moratorium on turning off cell phones or falling behind on their car loan,” Sherman said. “People make decisions and with the moratorium on eviction, rent moved to the back of the list.”

Gary Valerino, partner at Meggesto, Crossett & Valerino, LLP, in Syracuse, Watertown and Chittenango, focuses on landlord issues and is a landlord. He said that smaller landlords are “taking the brunt of this” and face multiple challenges, including cooperation of tenants on seeking rent relief.

Landlords successful in applying for rental assistance can recoup any owed back rent from March 2020 through up to three months of future rent.

While landlords can evict tenants, all a tenant must do is claim COVID-19 hardship to block that action.

“It’s very difficult to challenge the hardship declaration,” Valerino said. “It’s not just financial. There are other things such as not having a place to move to. Or if moving would pose a health risk, they can’t afford moving expenses, if they have childcare responsibilities or care for an elderly or sick family member.”

In addition to landlords’ personal financial losses, Lochow foresees a shift in the local rental markets that could make renting more expensive to tenants.

“There are sharks who will buy properties from landlords who are hurting,” he said. “They’ll pay $60,000 for a $100,000 house and will wait nine months. They can afford to. Then they can evict the tenants, fix the house and raise rent. In better neighborhoods, they can get premium rent.

“The rest of us will be more sensitive as to who will be renting. It will be harder for entry level people to get in a place, as we will be checking their backgrounds and employment more carefully. People refusing to pay rent now—the ones who can—they are shooting themselves in the foot.”