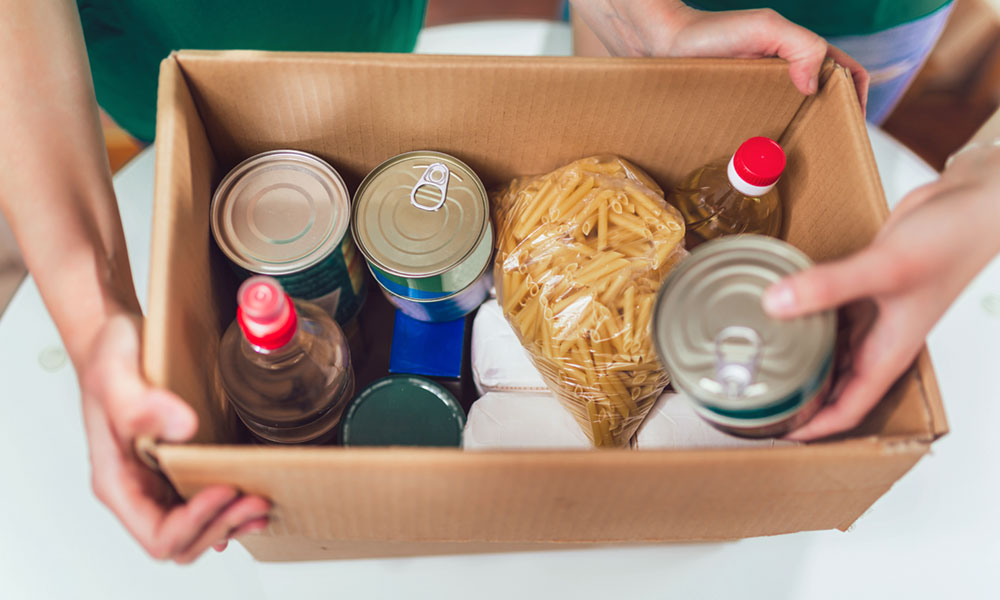 The issue of poverty in Oswego County can be measured in statistics, but the numbers are only part of the picture.

Diane Cooper-Currier, executive director of Oswego County Opportunities, and Tina Eusepi, the OCO collaboration manager for workforce and anti-poverty programming, recently shared their thoughts on the statistics, which they know only too well.

They have a grasp of what challenges people are facing and resources that might be helpful to individuals and families.

OCO is one of 1,100 community action agencies across the country that was originally formed in the 1960s as part of the war on poverty. It is the largest social service agency in Oswego County — involved in housing, transportation, physical abuse, sexual education, health and nutrition, education for children and adult literacy, and a number of things that in general affect people with low-income.

The poverty rate in Oswego County has slightly decreased over the past few years. The numbers from 2019 showed the percentage was at 17.9%, compared with 18.3% in 2018, Cooper-Currier said.

However, the rate for the county remains one of the highest in New York state. According to Welfareinfo.org from 2019, out of the 62 counties in the state (with 62nd being the worst), Oswego County ranked 55th.

But there are those who don’t fall below that poverty line but yet find it difficult to make ends meet.

“We’ve got a large population in Oswego County that aren’t technically in poverty, because they don’t meet the federal threshold for being in poverty, but they are extremely poor and unable to meet their household budget every month. And that’s what we call asset limited income families,” Cooper-Currier said.

The United Way has a national report called ALICE, an acronym for Asset Limited, Income Constrained and Employed, which it defines as those residents who work but have little or no savings and are one emergency away from falling into poverty.

According to Cooper-Currier, the ALICE report indicates that a single adult should be earning about $24,000 and a family of four with two adults and two children in day care should be $70,000.

She estimates that about 41% of the Oswego County population is either living in poverty or asset limited.

For Cooper-Currier, Eusepi and their teams, these stats are much more than in a report or the bars on a graph.

They are families that have to make tough choices because their income doesn’t cover all their monthly expenses; the senior citizen whose only visitor all day might be the volunteer coming from Meals on Wheels; or those individuals who have worked all their lives only to find themselves unemployed and are overwhelmed by what to do.

The low-income earners are struggling and often find themselves having to choose between putting food on the table, paying the rent, fixing the car, buying the prescription, or paying for day care, Cooper-Currier explained.

One of the factors contributing to the poverty levels is the high concentration of service-industry jobs, which are usually low paying with little or no health care benefits. The most recent figures that Cooper-Currier has seen show that about 56% to 58% of all the jobs in the county are in the service industry, such as those associated with hotels, motels and restaurants.

Then COVID-19 hit, and many of those tourist attractions and related businesses are cutting their staffs to a minimum.

In addition, some of the higher-paying jobs are in locations that people may find it difficult to get to, especially if they’re having difficulties making car payments, covering car insurance or attending to necessary vehicle upkeep, Eusepi pointed out.

“Poverty has many faces,” said Cooper-Currier. “People can be impoverished in their social support system. They can be impoverished in their mental health in relationships. I think that’s the other thing we’re seeing through COVID-19: We are certainly seeing people who don’t have the support systems or are struggling with mental health issues and addiction coming to the forefront as well.”

Through its wide spectrum of services and with a staff of about 600, OCO becomes a support system with programs in health and nutrition; education for children and adult literacy; and community services which are focused on linking people to community resources that include public transportation, crisis and development services and employment education.

At the beginning of the pandemic, Cooper-Currier said OCO was seeing an uptick in crisis calls from people who were experiencing homelessness. People who might have been staying with others at the outbreak of COVID-19 were getting kicked out because homeowners were afraid for their health and wellbeing, she added.

The situation has somewhat stabilized thanks to the state providing legal protection for tenants during the COVID-19 emergency.

While there have been numerous food and milk drives, OCO has seen an increase in the need for basic products, including diapers and personal hygiene products.

High prices and stores’ inability to keep some of these products on the shelves are only making the situation worse. As prices increase and items are not on sale as they once were, people with limited resources have to rely on social service agencies to help, Cooper-Currier said.

Unemployment, whether caused by COVID-19 or not, can be overwhelming for many individuals, Eusepi said. Newly unemployed people never had to access services before and they don’t know where to turn for assistance. That’s when OCO walks them through step-by-step and connects them with what they need for support right now, even connecting them with a health system navigator, for example.

When COVID-19 hit, people relied on OCO services even more, but yet the agency lost many of its volunteers and staff who were forced to work from home.

The Meals on Wheels program, for example, has about 200 volunteer drivers who deliver approximately 500 meals a day. With the onset of the pandemic, the number of meals has climbed to more than 600.

However, since most of the volunteers are retired and fell into the population that has been considered vulnerable, they stopped providing service.
As a result, Cooper-Currier said, they reorganized their employees and redeployed them to make those deliveries.

Both Cooper-Currier and Eusepi commended their staffs for their willingness to adapt.

“To flip their roles, flip their switch, be creative and find a new way to deliver those services right away is something that really shined during this,” Eusepi added.

Despite the numbers and COVID-19, Cooper-Currier and Eusepi remain positive about some of the programs and activity they’re seeing in the county aimed at helping the economy and generating housing opportunities.

“It will raise the bar hopefully and we will not have a disproportionate number of service-industry jobs,” she added.

Another key component is access to affordable housing and improving the current housing stock, Cooper-Currier said. As examples, she pointed to the nearly completed Champlain Commons, a 56-unit affordable family housing project in Scriba and Fulton Block Builders, an organization dedicated to helping homeowners and property owners recoup some of the costs of making improvements to their properties.

These programs go hand-in-hand with economic development, Eusepi noted, and they are designed to help prepare a trained workforce.

For more information on OCO and the programs it offers, go to www.oco.org.