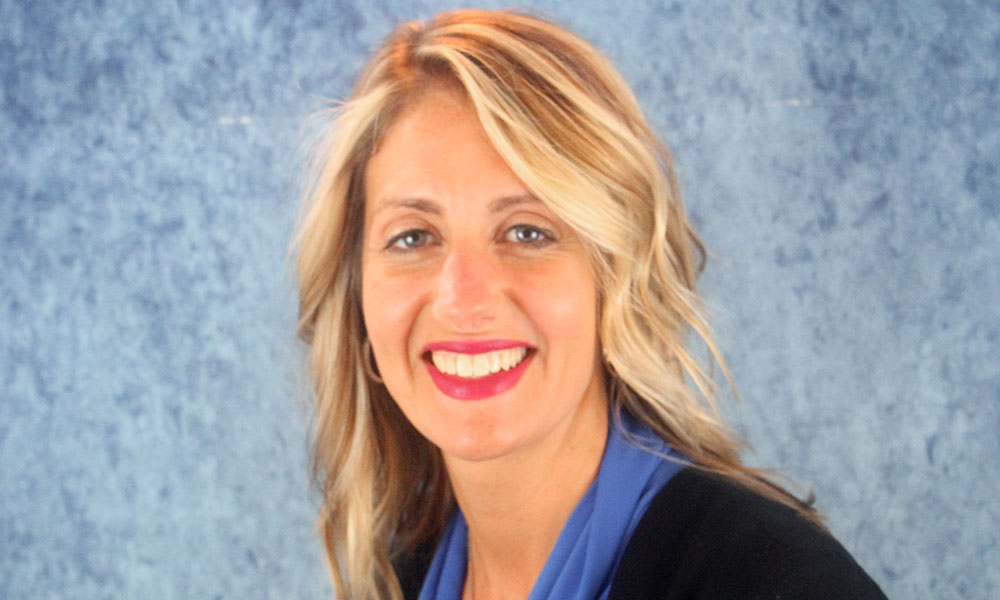 Tricia Peter-Clark possesses a first-hand understanding of the importance of adequate rural health care. When she was a child attending school in Sandy Creek, both parents worked. So, her family often relied on the school-based health center there for easier access to care.

The health center, as well as her primary care doctor’s office in Pulaski, was operated by Northern Oswego County Health Services, the predecessor to ConnextCare.

When she takes the helm, Peter-Clark will be responsible for a patient-centered network of health care practices that has grown to provide services to tens of thousands of patients.

“For me to be in a leadership role now, to look back and say this was my medical home when I was a child and now I get an opportunity to be in charge of it, to run it, to provide leadership to it is honestly the most gratifying piece of it,” she said.

Peter-Clark has been drawn to leadership roles since her youth. While a student at D’Youville College in Buffalo she served as president of the student government. She also served as chairwoman of the athletic committee, coordinating activities and entertainment that took place during the sporting events. In both roles she had to monitor program budgets and interact with administrative staff.

“Being able to have the opportunity to be a part of the decision-making process, versus having to work through the decisions made by others, was always motivating to me,” she said.

Peter-Clark was pursuing a degree in physical therapy at D’Youville. She’d completed two and a half years, including most of the grueling science classes, when she decided she didn’t want to be a physical therapist. She realized she was more interested in the skills that go into running a medical practice. She changed course, instead earning a degree in health services with a concentration in health education and operations.

In 2004, she began working for Oswego County Opportunities as the coordinator of the cancer service programs in its health centers. That position allowed her to develop relationships with medical providers in practices across the county. Later she became coordinator of the Rural Health Network of Oswego County, focusing on collaboration between providers. One of the biggest projects was convincing providers to adopt electronic medical record keeping to share records more easily.

While she was at Oswego County Opportunities, Peter-Clark said an opportunity in operations opened up and her boss hired her for it. She was soon working as coordinator of health center operations, overseeing the organization’s primary care practices in Fulton and Oswego.

For about four years, Peter-Clark was part of an initiative to merge the practices of several organizations to preserve the primary care safety net in Oswego County. Although an issue nationwide, the lack of primary care providers in many rural communities is especially severe. And the practices maintained by Oswego County Opportunities in Fulton and Oswego were struggling financially due to reimbursement issues.

The solution was to bring the Fulton and Oswego practices — as well as three of Oswego Health’s practices in Mexico, Parish and Phoenix — under the umbrella of Northern Oswego County Health Services. The organization already operated the Pulaski Health Center as well as school-based health centers.

As part of the acquisition, Peter-Clark joined Northern Oswego County Health Services in 2013 to help run its operations. She’d already developed a good working relationship with CEO Dey. When she worked on the Rural Health Network of Oswego County he was the chairman the advisory board. And in her previous jobs, she had developed relationships with providers throughout the community.

Peter-Clark faced a daunting task when she started in 2013; she was stepping into more than simply a new position and a new work environment.

“Not only was it a new job, but it was bringing together all these disparate operations and cultures and trying to make them one,” Peter-Clark said. “And I can honestly tell you it took about five years to really get to the point where we had everything so succinct as a system it just runs seamlessly.”

Although on paper the organization’s hundreds of employees were part of a unified system, in many ways they were still three different organizations. For example, each one had handled billing differently, but the new organization had to be prepared to bill for services from day one. There was also the fact that three practices still kept paper records. Two other practices used an electronic records system, but it was different from the one used by the Pulaski Health Center. Peter-Clark said they had to take the three separate systems and combine them into one cohesive system that allowed medical records to be shared.

“So, there was a lot of coordination and work that went into building the foundation that we needed to really be successful as a system,” she said.

Now patients can go to any of the offices and staff can easily access their records. Processes have been standardized and streamlined. Although she admits bringing everything together was chaotic at first, Peter-Clark said things began to run more smoothly as the leadership team developed relationships with the staff in all the offices.

Building positive relationships is a key part of Peter-Clark’s leadership and management philosophy. That means effectively communicating your vision and encouraging others to be as excited about it as you are.

“My approach aims to build strong relationships with staff across all disciplines, demonstrating a high level of respect, trust and integrity, which yields a motivated, hardworking and committed workforce full of endless collaboration and growth,” she said.

In addition to the acquisition, Peter-Clark was part of the rebranding campaign in 2018 that led to the organization being named ConnextCare. That year she was promoted to executive vice president and chief operating officer.

“Being able to have the opportunity to be a part of the decision-making process, versus having to work through the decisions made by others, was always motivating to me.”

More recently, she helped guide ConnextCare through the pandemic. Of its 13 sites across Oswego County, all remained open to patients except its school-based programs. Even its dental practices stayed open for emergency services. That required being flexible, Peter-Clark said.

ConnextCare began using a telemedicine system for the first time. Now as many as 30% of patient visits each week are done virtually. For in-person visits ConnextCare developed a kiosk system to keep waiting rooms from filling up. Patients who are sick call when they arrive and are escorted directly into the building to limit contact. Despite the challenges ConnextCare served nearly 32,000 patients in 2020 and logged more than 108,000 patient visits.

As Peter-Clark transitions to her new role as CEO, she said her focus will be on ensuring ConnextCare continues treating patients and remains fiscally stable through the pandemic.

ConnextCare is a federally qualified health center, meaning it receives federal funding to provide medical care in a medically underserved community. It provides care to any patient regardless of their ability to pay.

Peter-Clark said the organization has remained strong during the pandemic, although its dental practices have taken a hit financially.

Despite the challenges, Peter-Clark said she’s well prepared to run ConnextCare because Dey has taken care to mentor her throughout their years working together. The growth of the organization under Dey’s leadership has included adding new mental health and care management programs, she said. They’ve also scaled up the organization’s medical and senior leadership teams, which positioned ConnextCare well.

“One of the things that excites me the most is working with the leadership team we’ve developed over the last eight years,” Peter-Clark said. “I’m really proud of how we’ve grown as an organization.”

Hobbies: Baking, running with her German shepherd, exercise, being outdoors, watching her kids and their sports adventures, spending time with family.