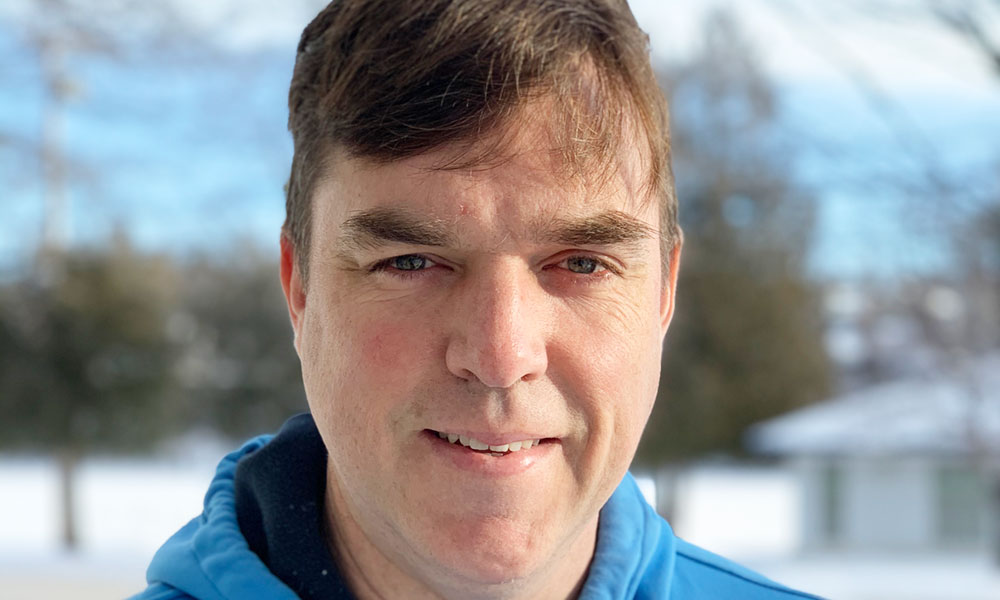 Entrepreneur started his business — mydigitaldiscount.com — in the late ‘90s while in college. It’s still going strong

‘It’s not all rainbows and sunshine. Last year was expected to be one of the best years we would ever have in our history, and we were targeting $10 million in sales. But COVID-19 hit, and the year went downhill’

Q.: What motivated you to launch MyDigitalDiscount.com Inc. in 2001?

A.: I got started in college in the late ‘90s when I wanted to make some extra money for beer and stuff like that. Using the Swap Sheet, I would go around back in the day and buy lots of goods, mostly gaming systems. I would purchase 30 to 40 different games and then sell them individually on eBay.

Q.: Were you making money?

A.: I was making pretty decent money with that, but I was in college and it was a part-time fun thing. However, I got upset at how long it took for images I was taking to save onto memory, so I decided I was going to figure out why it was so slow. What I ended up finding out was the flash memory controllers back in the day were essentially junk. I went and began looking for who has a new flash memory controller coming out, what the technology was doing and how it was progressing. After an extensive Google search, I came across a company in Taiwan called Realtek that was bringing out a new controller, and according to its website, was 20 times faster than any other controller on the market. I received a sample, put it in my camera, clicked the picture button and it was done almost instantly. Right then and there, I knew I was onto something. However, the minimum order quantity was 100 pieces.

Q.: How did you get together the necessary funding to make the business happen?

A.: I ended up selling my car and getting rid of all possessions I had that were worth money at that time. I was short about $4,000 of the $16,800 needed to get the minimum quantity order of the lower-end memory cards. Fortunately, Alcan Employees Federal Credit Union approved a $4,000 loan for me that my awesome dad co-signed for, and that allowed me to make that minimum order and get started. That’s when I began an adventure that turned out to be mydigitaldiscount.com.

Q.: Did you face any particular obstacles at the time?

A.: I was met with a lot of skepticism at the outset, with people calling me a liar, cheat and fraud. They would say, “It’s not true and can’t be real. There’s multi-million dollar corporations selling these types of products, and there is no way you have a product that is 20 times better than theirs.” It took a while to convince people to start buying because they literally thought it was nonsense. But once people started buying, they reported back on message boards and forums that it was for real.

Q.: How did you do financially in the first few years?

A.: From 2000 to 2002, I did amazing sales considering I was just a kid fresh out of college. I was selling probably $200,000 worth of products a month and realizing about 25% margins. It was not all fun and games or anything like that. I reinvested money back into the business over the years. At that time, I was selling just compact flash cards. I would then move into portable storage devices and have been dealing in solid-state drives since 2007.

Q.: At what location did you get the business started?

A.: My first location was my college apartment, which I quickly outgrew. You had to walk along a narrow path between two rows of boxes to get to my bedroom. Under the mentorship of the late Larry Perras, I took the Micro-Enterprise Small Business Training Program. Larry was an inspiration to my business and me and helped get everything set up and going.

Q.: Did you have to borrow money?

A.: [Larry] helped me secure $75,000 in financing through the U.S. Small Business Administration. I learned about the Business Expansion Center in Oswego, a county owned and operated business incubator facility, while doing that coursework. We moved there in 2002. I didn’t have to pay property taxes, I received a great deal on rent, and there were many other positive aspects, including a shipping dock. I would then purchase the former Dubois Inn building in Minetto and ran operations there until 2007.

Q.: Can you characterize some of the obstacles you faced as a business owner?

A.: Unfortunately, the business did fall upon hard times. In 2004, there was a safety recall involving Aqua Scout water scooters, a product that the business imported and was heavily involved in. I lost about $150,000 due to the recall, and this occurred while I still had a sizable loan to pay on, and a brand new car. Around that time, other major corporations such as Lexar and SanDisk had gotten into high-speed memory flash drives, and we started to sell their products. They ended up outgrowing us and essentially strictly dealt products to stores such as Best Buy and Circuit City. We eventually got squeezed out of the game. Between 2005-2008, I spent all the money that I had previously made on just dealing with problems.

Q.: How did you recover from that?

A.: We then affiliated with a Taiwanese company in 2007 — Phison — that developed a top-end solid-state memory controller that was hands-down faster than any hybrid hard drive. We also developed our own brand name of solid-state drives — MyDigitalSSD — that still exists today. Phison had previously released a controller that had questionable quality, subsequently earning a poor reputation worldwide as a result.

However, I saw the positives with its newer version and began to change people’s perception of the product. I turned it into more of a “best bang for your buck” type play.

Phison supported my efforts, and to this day looks to me for ideas that it can develop. Last year, we dealt $1.5 million worth of its products and Phison has represented a steady revenue stream for us since 2011.

However, it’s not all rainbows and sunshine. Last year was expected to be one of the best years we would ever have in our history, and we were targeting $10 million in sales.

But COVID-19 hit, and the year went downhill and we fell far short of our expectations.

Everything shut down; everything stopped. All the businesses that were buying all those products that we sell, they immediately stopped buying anything.

It didn’t matter what it was; they wouldn’t buy it even if they needed it. They just couldn’t get approval from any budget or financing source.

Q.: What were the keys to drawing in and maintaining a customer base in the early phases of the business?

A.: If you do business with an entity such as an industrial company, you’re going to get that return over and over again. Perhaps they have new machines coming on line, and they need the same thing they bought for the last machine. There is enough of that, but in most cases, when you purchase a solid state drive, it’s going to last at least three years until you think about buying another one. They don’t even remember where they bought the last one. What most people do when they are buying solid state drives is hop online and check out the latest reviews of what is the best thing out there. If you are not on the top of that list, you’re not going to be in contention.

When we first started, we used email blasts to customers to update them on the latest and greatest products. For example, the compact flash was growing fast, and it went from having 64 kilobyte to having 8-megabyte cards in less than six months. Then it grew all the way to 64 megabytes over the next six months, and then 128, 256, and 512. So we would email all these customers to update them on the latest developments. If we had an upgraded version of a product that a customer purchased before, we would blast them and they would really get on board with it. We sell mostly to IT companies and individuals. I would say our average customer is a college graduate aged 35 to 55.

‘What most people do when they are buying solid state drives is hop online and check out the latest reviews of what is the best thing out there. If you are not on the top of that list, you’re not going to be in contention.’

How long will it take for the economy to rebound to pre-COVID-19 levels?