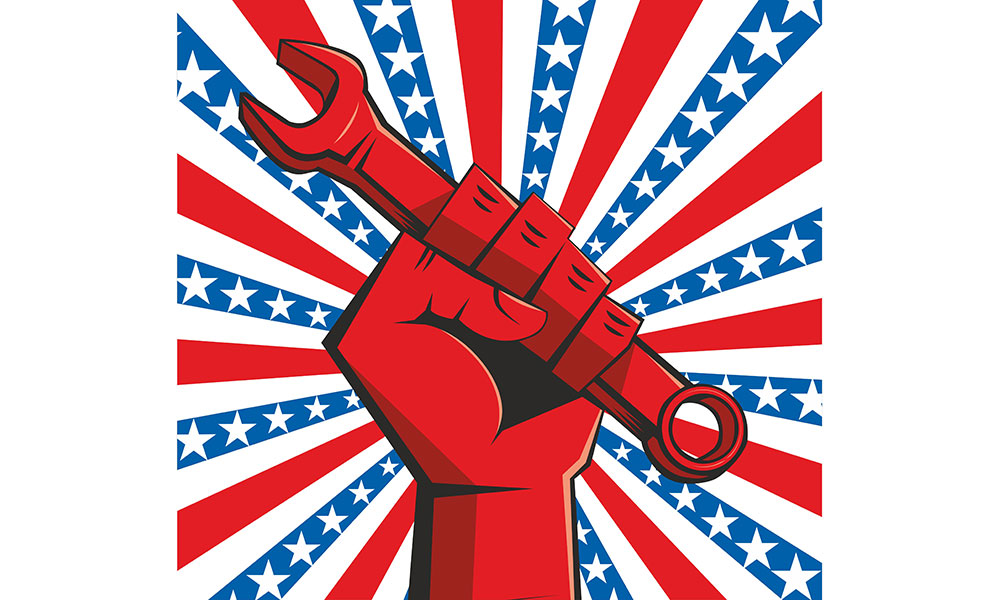 ‘It is much more likely that a business whose employees are not yet unionized are likely to remain nonunion.’

Many business owners were pleased when Donald Trump was elected president in 2016 because they anticipated he would institute policies that would be beneficial to businesses in general.

This is especially true for business owners who operate in industries that are heavily influenced by unions.

This, indeed, has turned out to be the case.

There have been several policy changes in the area of union-management relations within the past four years that have greatly benefited business owners.

Four of the major changes will be discussed below.

By way of background, union-management relations in the United States are governed by a law known as the National Labor Relations Act (NLRA). Briefly, that law grants employees the right to form or join labor organizations, sets forth the process through which employees choose a union to represent them, provides certain rights to employees, provides rights to and limitations on unions, and provides rights and limitations to employers.

The NLRA is administered by an agency known as the National Labor Relations Board (NLRB or the board). The board is composed of five members who are appointed by the president. Usually, the NLRB consists of members who were appointed by more than one president but for the past few years, due to some unusual circumstances, the board has consisted entirely of members appointed by President Trump. As a result, the board has instituted many policies that are very beneficial for employers. Most of those decisions benefit employers in ways that are not very relevant to people reading this summary.

The four that are most relevant to businesses in general will be discussed below.

The way a union is chosen to represent a company’s employees is through a representation election. Briefly, once the employees of a company show interest in being represented by a union, the union will petition for an election and the NLRB will set a date for that election. In 2014, the board implemented some rules that greatly sped up the election so that the election would take place shortly after the union’s petition was filed. But in 2019, the board overruled those 2014 changes in implemented rules that would greatly delay the election process. Under the new rules, the election will take place long after the union files its petition. This is important because the longer the time between the union asking for an election and the election being held, the greater the chance that the union will lose that election. This has been shown often in published research studies. Therefore, it is much more likely that a business whose employees are not yet unionized are likely to remain nonunion.

2. Employee Use of Employer Equipment

Another change related to the union election deals with employees’ ability to use the company’s equipment (e.g., email, common meeting spaces, billboards etc.) to campaign on behalf of the union. In a 2014 NLRB decision, the board ruled that the employer was required to allow the union to use company equipment to campaign for the union, but in December 2019, the board reversed this decision and held that the employer may prevent the union from using the company’s equipment as a way to campaign on behalf of the union. This makes it much more difficult for employees who support the union to spread a pro-union message to the other employees who work for the company and will make it less likely that a business whose employees are not represented by a union will become unionized.

The changes just discussed greatly benefit businesses that operate in industries that are heavily unionized. Those changes make it less likely that the employees in a firm that are not represented by a union will choose to be represented by a union. In a firm whose employees elect the union to represent them, they make it possible for the business owner to discipline employees without bargaining with the union as long as there is no union contract in place. Finally, those changes make it easier for a business to investigate employees and keep that investigation confidential.

Steven E Abraham is a professor in the School of Business at SUNY Oswego. He received his BS from Cornell University, his JD from NYU school of Law and his PhD from University of Wisconsin, Madison. He teaches courses related to employment law, union–management relations and human resource management. He can be reached at steven.abraham@oswego.edu

‘What’s the Best Marketing Tool You Use to Attract More Business?’