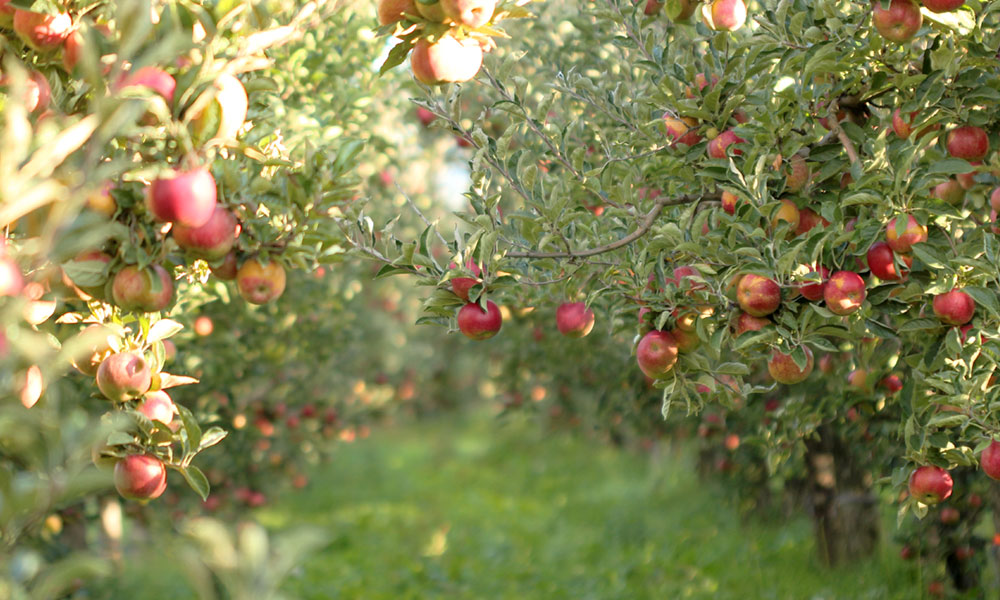 ‘In New York, we have incredibly high minimum wage and an unfair system,” says one local farmer

“The organization has long pushed for reforms that address workers who are currently in this country playing an important and necessary role in food production,” said Steve Ammerman, spokesman for New York Farm Bureau, in a statement. “At the same time, members are advocating for a better system to update or replace the current program: H-2A: Temporary Agricultural Employment of Foreign Workers.”

New York Farm Bureau President David Fisher added, “We need a guest worker visa program that ensures a continuous and legal workforce going forward into the future for all sectors of agriculture, including dairy which is currently shut out of the H-2A system for its year-round needs.”

The Farm Workforce Modernization Act was passed by the House of Representatives late last year. The New York Farm Bureau believes that the bill would help improve the supply of farm workers, and also improve safety by mandating that workers already here would commit to working two years in agriculture by becoming a certified agricultural worker. That would include paying a fee and receiving a background check.

New York Farm Bureau wants to tweak the bill to raise the number of year-round guest worker visas and help farmers and ensure a fair and competitive wage.

Any help like this would be welcomed news to Robert Abendroth, owner of Abendroth’s Apple Ridge Orchard. The operation owns orchards in Sodus and Wolcott.

“Farmers are all in pain,” Abendroth said. “In New York, we have incredibly high minimum wage and an unfair system. No one hears us.”

“My kids don’t make any money,” he said. “I can’t hire a local; he walks off with only a portion of the paycheck. A local gets nothing compared with the same migrant worker.”

Abendroth’s adult children have degrees in agriculture and work on the farm with him.

The price he receives for apples is based upon how many apples his farm picks; however, now migrant workers receive a flat hourly wage. In 2014, a fast picker might make between $10.50 and $15 per hour, which motivated workers to pick more.

“Now people say, why should we even pick well?” Abendroth said. “They’ll pick slowly, because they get paid as much.”

He feels like his farm has no room for errors because the profit margin is so narrow.

“I don’t know how anything will stay alive,” he said.

He became a farmer by purchasing an existing farm, not through an inheritance. The farm had been run-down, which means he had to renovate or purchase more aspects of his farming infrastructure to bring it up to date, unlike a farmer inheriting a currently functioning farm.

“If you start out in farming today, good luck!” he said.

Other issues important to Farm Bureau include dairy pricing, since dairy farmers don’t decide the prices they receive for their farms’ milk. Farm Bureau wants farmers to have input as to milk pricing as well as bring whole milk and chocolate milk into the federal dietary guidelines.

A growing number of dietitians say whole milk is preferred since it’s a whole food rather than skim or 2% milk. Whole milk contains only 3% milkfat — not a lot more than 2% or skim.

Farm Bureau also wants more enforcement of the misuse of terms such as “milk, yogurt and cheese” on products derived from plants.

“This is misleading to consumers, some of whom believe these products contain the same nutritional value as milk,” Fisher, the president of New York Farm Bureau, said in a statement. “The FDA has strict guidelines on the use of the term ‘milk’, and it is not enforcing the milk standards. This must change for the benefit of both consumers as well as our dairy farmers.”

New York Farm Bureau also wants improvement to infrastructure in rural areas, including roadways and broadband internet connection. USDA estimated that nearly one-quarter of farms in New York state lack access to the internet and that many of the farms with access rely on slower service. This can hamper farms from connecting with consumers, influencing public perception of farming and reaching potential vendors and partners.

New York Farm Bureau also wants “workable rules” for the 500-plus hemp farmers in the state. The Department of Agriculture and Markets states that more than 25,000 acres statewide are in hemp.

At present, any hemp farmer can have his crop destroyed if his hemp is found to exceed a threshold of 0.3% THC, the hallucinogenic property found in marijuana.

“New York Farm Bureau is advocating that the USDA Interim Final Rule for industrial hemp be flexible for producers and include proper testing procedures, higher THC level thresholds, better sampling requirements and ways to properly dispose of the crop that is over legal THC thresholds,” Ammerman said in a statement. “A challenge has been a lack of DEA testing facilities for industrial hemp which can greatly slow down the approval process for individual harvests. However, there are positive signs that the federal government will allow other labs to test as well to expedite the process.”