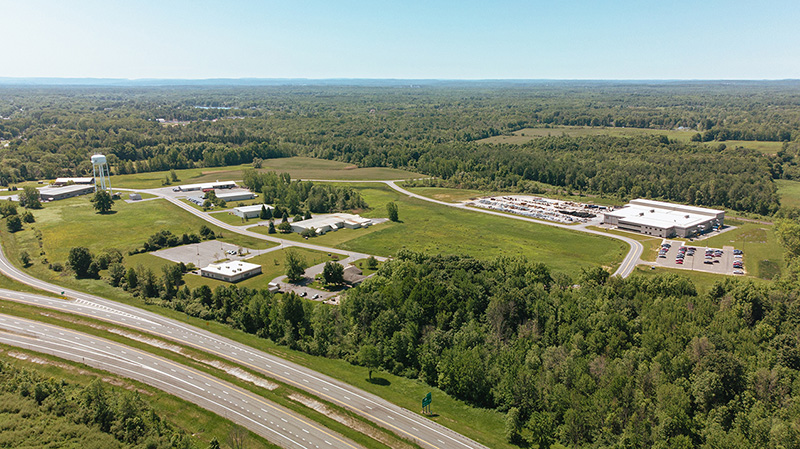 The COIDA was formed in 1973 in accordance with New York State General Municipal Law by the Oswego County Legislature. Members of the agency are appointed by the county legislature. The board of directors as of its fiscal year ending July 21, 2022 was composed of the following: Gary T. Toth (chairman), Nicholas M. Canale (vice chairman), H. Leonard Schick (secretary/treasurer), Marc Greco, Morris Sorbello, Tim Stahl, and Barry Trimble as directors. I served as chief executive officer and Kevin LaMontagne as chief financial officer.

During this fiscal year, significant progress in economic development has been supported by the COIDA.

The agency held 12 meetings and seven public hearings during this period. The COIDA supported 22 projects that have invested or will be investing $89.5 millions in Oswego County. The job impact of these projects will result in 155 new jobs and the retention of 164 existing jobs over the next three to five years.

During this period, the COIDA provided or approved assistance through four of its nine financial assistance programs. The two programs which supported the greatest number of projects were the Straight Lease Transaction and the Micro Enterprise Program Economic Development Fund, representing 68% and 27% of the projects respectively.

The Straight Lease Transaction provides financial assistance to companies via real property tax, sales and use tax and mortgage recording tax exemptions as authorized by NYS General Municipal Law. The program supported 15 projects projected to create 139 and retain 143 jobs in Oswego County. Some examples of projects that were assisted through this program include:  ASA Volney NY Solar in the town of Volney, SSC Oswego II in the city of Oswego, Tully’s Good Times Family, Inc. in the city of Oswego, Mexico PV in the town of Mexico, HealthWay in the town of Richland and Highland Animal Hospital in the town of Hastings.

The Micro Enterprise Program Economic Development Fund was capitalized from a HUD grant and matching funds from the COIDA. It provides loans to graduates of the micro-enterprise training program sponsored by Operation Oswego County, SUNY Oswego and the COIDA. The program supported six projects projected to create 15 and retain 16 jobs in Oswego County. Examples of the projects that are being assisted through this program include Kathy’s Cakes & Specialty Treats in the town of Volney, Upward Graphics in the city of Fulton, Eir Healing & Wellness in the village of Sandy Creek and Fairway Billiards in the town of Granby.

Business projects assisted were distributed throughout Oswego County, located in nine towns and villages and the cities of Fulton and Oswego. Projects represented numerous industry sectors, including manufacturing, services, tourism and recreation, energy and mixed-use. Nine were service businesses, 10 projects were energy related, one was manufacturing, one was mixed-use, and one was tourism related. Ten of the 22 projects were in solar energy, representing 45% of all projects and 85% of total capital investment. Detail on each is provided in the COIDA annual report which may be found at www.oswegocountyida.org.

To help address the impact on small business, the COIDA supported the development of a COVID-19 emergency relief program working in cooperation with Operation Oswego County which administered a $500,000 loan program. Forty-Six businesses participated in this program.

To help expand the county’s capacity for potential attraction of industrial/business development, the COIDA acquired 185 acres adjacent to the Oswego County Industrial Park in the town of Schroeppel at a strategic location and even more so due to the Micron Technology announcement.