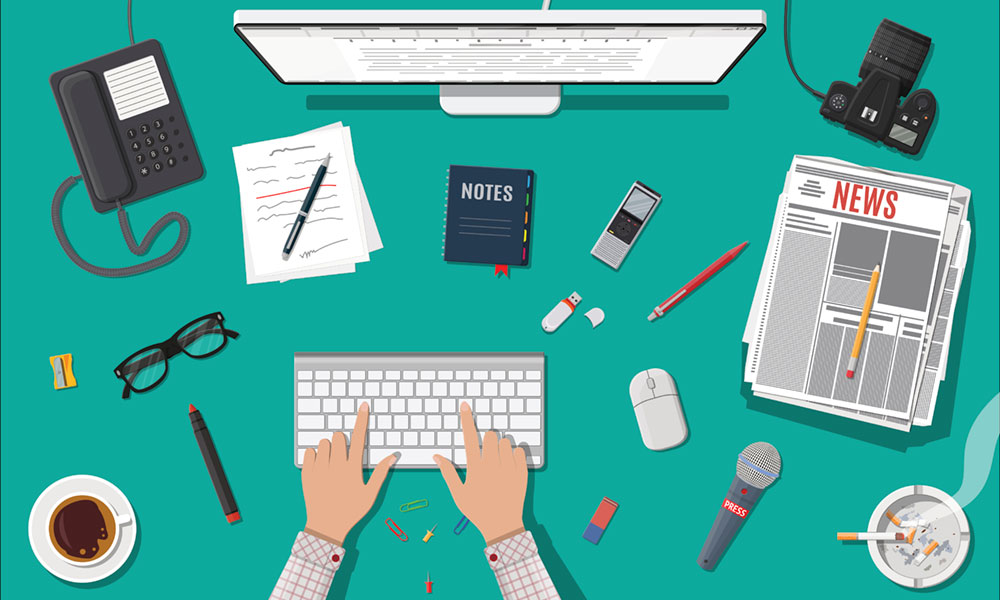 They are accused of using arcane language that most humans do not. This newsspeak is called “journalese”

‘What about the “heist” at the local savings and loan where the perpetrator made his getaway with the “loot.”

Professionals in various businesses are notorious for using words and acronyms that the public cannot understand.

“Jargon masks real meaning,” Jennifer Chatman, management professor at the University of California-Berkeley’s Haas School of Business, once said. “People use it as a substitute for thinking hard and clearly about their goals and the direction that they want to give others.”

Here are just a few of the thousands of jargon-filled terms that business-oriented professionals lean on too heavily:

Then, there is this one which annoys me the most: Giving 110%. The most you can give is everything you’ve got. Even if a human is capable of doing this, the best we can expect is 100%.

You can’t give more unless you have magically found a way around the laws of mathematics. To ask someone to give more than 100% or to proclaim that you have given 110% also announces that you failed third-grade math.

We journalists also are accused of using arcane (there I go again) language that most humans do not. They are right, by the way. This newsspeak is called “journalese.”

There is really a simple reason why some of these words are used: They are short and tend to fit into the space given for a headline. “Nab” rather than “apprehend,” “top” rather than “defeat,” “blank” rather than “shut out” and “ink” rather than “sign” are all much more economical words for headline-writers.

They also tend to be more colorful, a handy tool to encourage more readership, because, after all, isn’t attracting readers to a story the ultimate name of the game?

Veteran reporters — assuming there are any around these days — will fall back on journalese way too often. That’s why you will read that fires rage out of control, those who refuse to pay numerous parking tickets are scofflaws rather than lawbreakers, and key labor accords are hammered out at the 11th hour by weary negotiators in marathon, around-the-clock bargaining sessions narrowly averting threatened walkouts.

In Central New York, reporters must have strict discipline to report on the pervasiveness of winter weather. We endure teeth-chattering cold. “Snow” is the most dreaded of four-letter words in our region, and reporters must be skilled at finding synonyms to break up the monotony of using the word over and over again.

Yes, of course, “snow” is the straight-forward first reference, but then come “the white stuff,” “it” or “the flakes.,” Snow does not just fall; it pummels the region, piles up, drifts, strands motorists, causes blinding whiteout conditions. Roads become ice-slicked or treacherous, and we will always tell you the grim human toll that big storms will take and how snarled our highways became.

We journalists say things that other humans would never dare say. For example: We report that “a Baldwinsville man was stabbed following an altercation outside a village bar.” Can you imagine a father saying to his wife, who just got back home, “I sent the kids to their rooms, because they got into an altercation.” This dad would say “fight” or “argument.” Let’s not forget the journalese cousins of “altercation” — “melee,” “brouhaha” and “imbroglio.”

Or, how about this one: “A New Haven man fingered his business partner in the theft of $30,000 from company funds.” You’ll never find Mom telling Johnny, “OK, no dessert for you tonight, young man, because your brother fingered you for eating cookies before dinner.”

What about the “heist” at the local savings and loan where the perpetrator made his getaway with the “loot.”

In every fire report, you are likely to see this kind of phrase: “The blaze [conflagration] started in the living room.” Don’t expect Dad to say on a cold winter’s night: “Heck of a blaze I started in the fireplace, don’t you think?”

After many municipal meetings, you are likely to read: “Fulton residents turned out at last night’s City Council meeting to express concern and consternation over a proposed tax increase for next year.” Picture Mom telling Liam, “I want to express my concern over your proposed trip to the mall with your friends.”

Legions of (well, maybe a few) academics have compiled a list of these well-worn journalese phrases vs. the way humans usually talk:

The Columbia Journalism Review has noted the proliferation of “big” words in news stories. “Do not be tempted by a twenty-dollar word when there is a ten-center handy, ready and able,” journalists are reminded in the Elements of Style handbook.

They include “imprecation” (a spoken curse), “feckless” (lacking strength of character, irresponsible), “atavistic” (ancient or ancestral), “inchoate” (just begun, not fully formed) and “sclerotic” (having sclerosis, becoming rigid and unresponsive).

The U.S. House of Representatives’ impeachment inquiry into whether President Donald Trump committed bribery or high crimes and misdemeanors centered on his phone call to the Ukrainian president. The Latin term “quid-pro-quo” (this for that) came up hundreds of times concerning whether Trump was asking for an investigation of his political rival, Joe Biden, and his son, Hunter, in return for the release of $400 million in U.S. military aid.

We heard the word “redacted” (censored) ad nauseam in conjunction with the Mueller report. Speaking of former special counsel Robert Mueller, when he testified before congressional committees in 2019, he used the word “purview,” as in “that is not in my purview,” about 40 times. “Purview” has a number of meanings; the one most applicable in this case is “the range or limit of my authority.”

The online statement left by the El Paso WalMart shooter, whose actions left 22 dead and 26 injured last August, was most frequently referred to as a “manifesto” and, to a lesser extent, as a “screed.”

When U.S. Supreme Court nominee Brett Kavanaugh appeared for Senate confirmation hearings, some senators were said to have “grilled” him, rather than “questioned” him.

Any event that ends with death or destruction might be described as “ill-fated,” as if its destiny had been preordained. “The Titanic sank during its ill-fated, maiden voyage.”

So, when we come right down to it, what is journalese anyway? “Journalese is the artificial and sometimes over-abbreviated language regarded as characteristic of the popular media.”

Phillip B. Corbett, associate editor for standards at The New York Times, calls journalese “a strained and artificial voice more common to news reports than to natural conversation.”

As far as which local medium does most poorly when it comes to journalese, I shall remain tight-lipped.

Greece: All Visits Start in its Capital, Athens