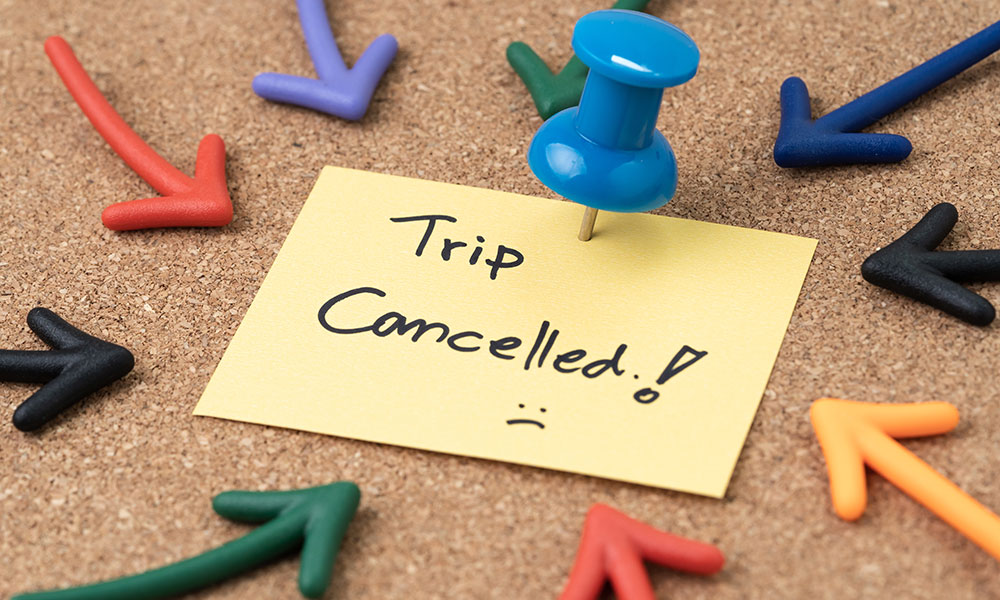 “We have three guest rooms. We’re just now starting to get calls and activity. I’ll probably rent out two rooms until we get fully open. Due to having worked at other jobs, I qualify for a small amount of unemployment. The extra money has kept our business from going down.”

“Before [the pandemic], business was good. The college is not functioning; it’s less business. With fewer festivals and things, that’s fewer travelers. Normally, I have business travelers, but no one is traveling. No one is coming for fishing. Nothing is going on, which means no customers. We were closed for weeks. Yesterday and today I got one person walking in. It’s good someone is coming, at least. We have 13 rooms. There is nothing else I’m doing.”

“It’s not faring well. Nobody’s traveling right now. It’s virtually impossible to travel. With New York state putting on the quarantine on people coming in from different states, no one is going to want to travel here.”

“Summer is usually a very busy time in Baldwinsville with events every week and weekend, and concerts on Paper Mill Island, which is located on the Seneca River in the heart of the village. Last year, our visitor center log book recorded entries by visitors from 22 states and three Canadian provinces, so the delayed opening of the canal system combined with domestic and international travel restrictions has certainly resulted in a marked decrease in tourist traffic. Our village restaurants, shops and service providers are doing a wonderful job of reacting and adapting to the current environment, and the community is pulling together to support our businesses and organizations as much as possible.

“We’ve been open for more than a month. Our sales are coming back slowly. We aren’t where we were a year ago, but we’re not open as much either. We rely heavily on tourist traffic, which is down. Most of the people I’ve seen in the store are local people who are aware of us and are coming to get something special. The business is doing OK. It will carry on, but the members support it. It’s the revenue of the members that has dropped. Because many of us are retired, we don’t need to stay in business to keep food on the table. We can weather difficult situations like this better than some organizations. We do depend upon the tourists for a lot of our business during the summer, but by far, our biggest season is Christmas. The local residents who know the shops and know the artists that are featured in the shop and they come to the shop. They’re aware of what we have and what we offer. They’re shopping for holiday gifts. We can have a mediocre year and make it up on a great Christmas season because of our local support.”

“It has been a very challenging time for the Oswego Speedway, not being able to hold any races this summer. With no events in the books and the schedule called off until at least end of August, it has obviously been quite the financial hit for the racetrack as well, and that is certainly something that has affected the immediate area with fans not coming through town. We hope to have good news in the coming weeks, with the latest executive order on race tracks operating with fans set to lift in August. It would be extremely beneficial for the speedway and for area tourism to have all of our fans in the States, as well as from the North Country, join us for our big classic weekend event on Labor Day weekend along with NAPA Super DIRT Week in October, if these events are able to go on as scheduled this year. We are very much looking forward to welcoming everyone back when it is safe to do so.”

“In order to reopen — we’re in Phase 4 — we had to establish protocols and procedures that were in compliance to New York state and CDC guidelines. That’s been a whole lot of planning and drafting of procedures and establishing sanitation sites, cleaning and that kind of thing. It’s certainly worthwhile if we can make people feel safe enough to visit the museum.”

“Right now, the hardest hit sectors are performing arts and museums, as yet they’re not open. One of our biggest assets is the cultural arts. That’s been devastating. They were slated to open in Phase 4 but that was pushed back. A lot of their funding comes from admission and participation with the public. Even their grants are disappearing. A lot are offering virtual content, so there’s a silver lining there. They’re able to connect in a different way. A lot of local businesses rely on tourism. All the small businesses are particularly hit. The restaurants and service industries are struggling. If you don’t have an area to sit outdoors, you’re hit harder. But for those who do have that, they’re doing well as it’s been a lovely summer, though the lack of rain is hard on our agricultural partners.”

“The travel industry is devastated. It’s horrific. Almost 90% of the workforce is out of a job. It’s a $900 million industry, typically. We’d be lucky to do 20% of that. We certainly make every effort to drive local traffic to businesses. We’ve focused on drive-in markets. There’s still hesitancy. The confidence levels aren’t where they need to be for people to flow into the area. It’s difficult to showcase an area when sporting events and arts aren’t available. It’s about food and nature.

“Agritourism is still something we promote, especially the craft beverage trails. We still see people taking advantage of those as people want to support their local farmers. That’s the one bright spot. Those venues are seeing traffic. To track lodging, we use Smith Travel Research. If you take a snapshot of May and August, the top months for occupancy, we’re in the high 60% occupancy normally. We did 14% occupancy in May. It’s really dramatic. Occupancy tax collection is $7 million on a good year. We’d be lucky to get to $3 million.”

“Businesses are using remote meetings, which is convenient and essential in the interim. Relying on that for the long-term — that’s certainly a fear. The effect on the hotel industry is that they say it won’t recover until 2023.

“This has affected all facets of tourism. I don’t see one segment doing better than another. We’re starting to see some leisure travel, but as you see a bright spot, more states are added to the quarantine list.

“The fair canceling the other day tells me that we’re just not ready for large groups. That’s the state telling you that they tried everything they could. The fair is a barometer. Drive-in scenarios will be pretty common until we get on the other side of this. I feel for all my hospitality partners as they’re decimated.”

“There are no tours coming through as we’re not open yet. I anticipate within two weeks, we should open. Our plan has been submitted and we’re waiting for approval. We’ve developed some online tours, which recreate the world during 1918. We’ve boosted our Facebook page and that kind of thing. We had not gotten our staff back yet. We’ve been working on updating our research and collections files. We’ve had a lot of donations come in because of Facebook. People are donating a lot of artifacts and it’s been difficult to keep up with the flow. We’ve made great progress in processing artifacts. We find out who’s in this photograph, we do their family and personal history. It becomes the foundation for a blog entry or future exhibit.”

“We’re doing nowhere near as badly because of the virus as because our mayor has affected our business by closing Rice Landing. That’s had a far more reaching effect than the pandemic on my business. We’ve also had our share of cancellations because of the virus, understandably. Without your summer tourism business — unless you’re long-established — you can’t survive a winter in Oswego, not without those tourism dollars. There are studies on this. The Army Corps of Engineers did a study in 2014 that said tourism brings in $9 million. Along with COVID, business not operating causes the loss of about $800,000 in tax revenue that normally would have been collected. I don’t see how they’re going to make it up. Ninety percent of the boaters have new homes like Sodus Bay and won’t be back. The pandemic has cost my business a $6,000 account. The softball tourney we hosted for years is now not allowed to come to the county. That was 11 cabin rentals for three days. At least people are still fishing. The phone is ringing off the hook because people are tired of sitting at home. With certain guidelines, we can still do that.”

“Across the U.S., the tourism industry is one of the hardest hit segments of the COVID-19 pandemic. Although travel spending is slowly increasing in many areas of the country, New York state has been hit particularly hard. In New York state, weekly travel spending in late June was down about 70% from the same period in 2019.

“Oswego County’s summer and fall tourism seasons rely heavily on visitors from other parts of New York state and nearby states. The fall fishing season attracts visitors from virtually every state in the nation, and at last count more than 30 other countries.

“The leading categories of visitor spending in Oswego County are food and beverage, second homes and lodging. Recreational activities such fishing, racing, and historic sites are very strong. Unfortunately, restaurants are still not up to full serving capacity; major events and large group gatherings such as weddings remain canceled; and as of today, racetracks are still not allowed to host spectators. The cancellation of major events and large group gatherings will have a prolonged impact on hotels and event venues.

“Fortunately, people are still booking charters and enjoying outstanding fishing, and we have a wealth of quality outdoor resources and activities for people who want to recreate close to home.

“Our occupancy tax collection is down about 12% of what we had anticipated through the end of the second quarter. We are also concerned about the revenue and jobs lost to all those employers and employees who work in our various tourism-related businesses. Most of these are seasonal in nature and even a short break in their typical fiscal year can be devastating. We are hopeful that the COVID situation will stabilize and that the numbers will improve over the remainder of the year.”

“All through the early phases, we offered take-out and now we’re doing inside seating at 50% and outdoor seating. It’s been quite steady.”