I was about to launch Oswego County Business Magazine in 1992 when I first met L. Michael Treadwell, Operation Oswego County’s executive director.

At the time I worked as a reporter for The Post-Standard. I had written a business plan to launch a new publication in Oswego County and I was checking with many of the movers and shakers in the area to gauge their opinion — people like Fulton Mayor Muriel Allerton, business adviser Doug Ververs, county official Sandy Resnick, Ed Vayner, the owner of ad agency Ed Vayner and Associates in Fulton, and directors of various local chambers of commerce, among other people.

Then came a meeting with Treadwell at his old, cramped office at East Schuyler Street in Oswego.

That meeting sealed the deal.

Treadwell got excited with my plan and understood how a business magazine could be beneficial to local economic development. On the spot, he committed to advertising in the publication and to writing a column for it.

That was the single most important support I received at that crucial point. It helped make Oswego County Business Magazine a reality. Thirty years later, we’re still going strong.

Treadwell is now leaving his position as executive director — nearly 40 years after he took the job.

He has helped countless businesspeople get started or expand their businesses. Under his watch, the region was able to retain some key companies (the former Sealright Company, which was replaced by Huhtamaki, comes to mind) and attract new ones (E J USA, for example).

He, aided by his team at Operation Oswego County, has provided professional assistance to small and large businesses. His mark in the economic progress of Oswego County and Central New York is significant.

“Mike’s dedication to the business community of Oswego County has opened countless doors for businesses that otherwise would not have had the opportunity to thrive and flourish,” says Bill Carhart, CEO of Oswego County Federal Credit Union. “He has left a lifetime of impact on the Oswego County landscape.” (See more comments on Treadwell in this issue.)

While Treadwell will certainly be missed, we’re excited with the appointment of Austin Wheelock to succeed him. Wheelock — the subject of a cover story in this issue — has been with Operation Oswego County since 2006. He knows the organization inside and out, knows the key players in the region and will provide a great deal of stability and continuity — and bring a renewed dose of energy to the position. 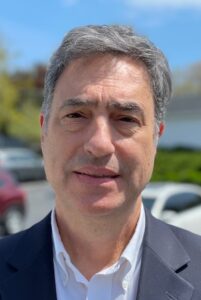 is the editor and publisher of Oswego County Business Magazine.