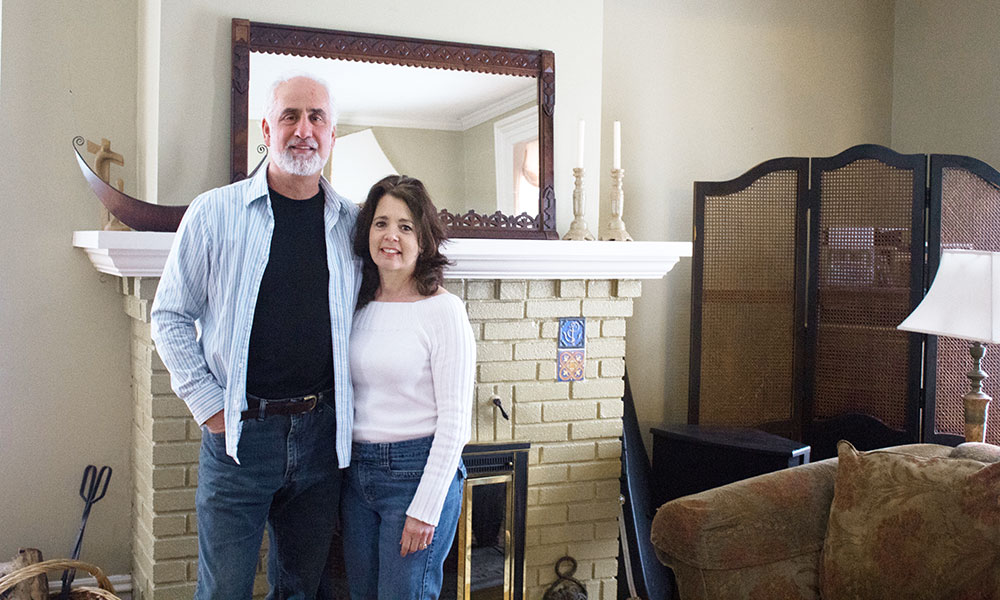 Bill Jacquin and his wife Joann purchased Serendipity Bed and Breakfast near SUNY Oswego in October 2017. Bill says that from March until July this year, they received no guests.

Any business re-opening to the public has faced a variety of challenges to engaging with customers and clients again.

Bed and breakfast proprietors have faced a few difficulties similar to those of hotel and motels; however, their size and staff and monetary resources make it harder to overcome those obstacles.

William Jacquin, co-owner of Serendipity Bed and Breakfast in Oswego, offers three guest rooms. He has owned the B&B since 2017. Since he’s semi-retired, he doesn’t entirely rely on the B&B for income, which “relieves the pressure a little bit.”

Between March and July, the B&B received no guests.

“We would’ve had people here for graduations,” Jacquin said.

While Jacquin’s rooms have sat idle, he’s been anything but. He’s been working on building social distancing into the B&B’s set-up, in addition to following the other guidelines offered by the Centers for Disease Control and Prevention and the state guidelines. The rooms are all on the same floor, but with quite bit of distance in the hallways, guests can easily avoid each other.

He has also kept busy cleaning and disinfecting. Since his part-time job involves cleaning at SUNY Oswego, he has received training in the latest methods of cleaning. Jacquin hopes this helps more guests feel at ease staying at Serendipity.

“We just had someone a couple weekends ago and now have a guest from Ohio,” he said. “It’s vacation travel. I’m hearing from people in Ohio and Pennsylvania. I anticipate more calls.”

He thinks that the lodging industry in Oswego County should rebound more quickly than in other areas because of the low level of COVID-19 activity compared with other areas.

“We’ve blessed to not have a lot of activity,” Jacquin said. “I thank the good Lord and the lake breezes.”

“We are having people stay six feet away, we’re wearing masks, and wiping things down,” he said. “We are taking precautions. We are asking if people are sick.”

He said that people are calling to see if his inn is open.

Cancellations have also affected Susan Lemon, owner of Turner’s 1816 House in Fair Haven. Instead of booking guests, the B&B — and most of the tourist magnet town — “hasn’t seen much action lately,” Lemon said. “It’s been really quiet. Things dropped off as soon as COVID hit.”

Lemon opened the facility in 2018. She had planned to start host weddings this year, but the pandemic quashed that ambition for now.

Turner’s has had a few bookings, such as people visiting for small family gatherings; however, with the cancellation of the Renaissance Festival in Sterling and other events has decreased bookings. Lemon thinks that’s the biggest reason for lost business.

While innkeepers like these have been working hard to keep their places up to the standards of the CDC and statewide protocols, whether the public will choose that lodging over hotels and motels may rely somewhat over public perception.

Though B&Bs may not be as well-heeled as some hotels and motels — making the extra overhead of meeting COVID standards more difficult to afford — Lemon thinks that the size of the lodging will make a difference.

“I think people are more comfortable here because there aren’t as many people staying here and it’s not hired employees,” Lemon said. “It’s an innkeeper who lives there. They have a more vested reason to stay there.”

She thinks that although it’s been a slow start for B&Bs, business will continue to improve.