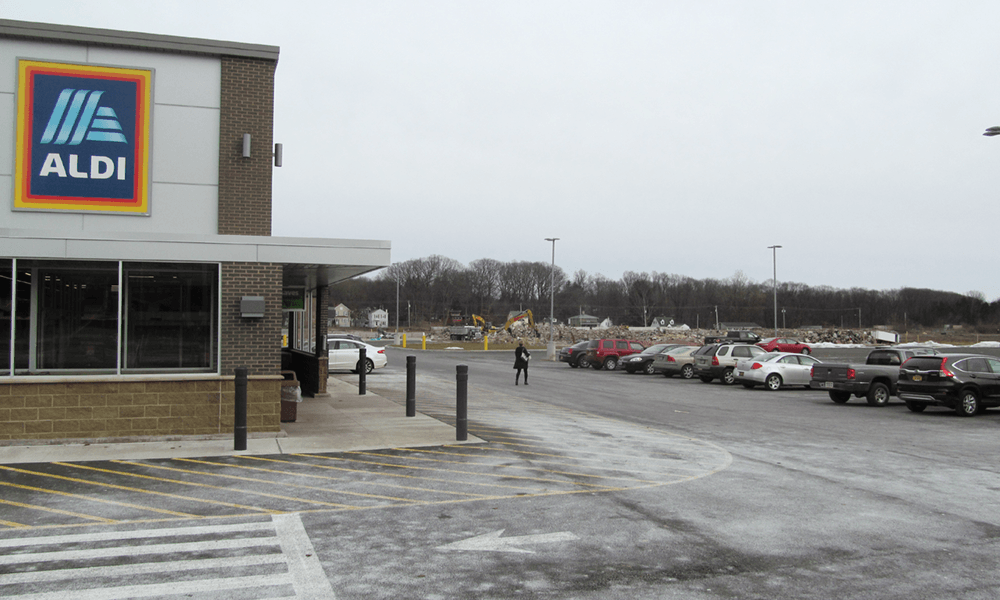 City of Fulton positioned to upgrade economically as 2019 unfolds

The city of Fulton has certainly paid its dues. Absorbing potential knockout blows when the likes of Miller Brewery, Nestle Co. and Birds Eye closed their doors, the city has managed to bounce back off the mat while fighting to attain its past prosperity.

The city is winning on several fronts, and Fulton Mayor Ronald Woodward is optimistic that there is light at the end of the tunnel.

“There is a lot of interest in the city right now and I expect it to continue,” he said.

The city has contracted with Rowlee Construction to put the finishing touches on the renovation project.

The contractor was still hauling debris off site as of early January. The work was slow and steady and required the use of a processor in order to separate concrete from rebar so it can be accepted as clean hard fill.

In terms of Oswego County’s idea of constructing a spec building on four acres at the site to promote development, Woodward said a tax-free building on that sized parcel is not what the Fulton public envisions.

He said instead, if the county wanted to construct a building on one acre and translate that into a permanent business site, that plan could be more acceptable.

“I have to get the council to accept that. It is a tax-foreclosed property, which means it would take five of six councilors to approve it,” he said.

Woodward said a distribution center in Syracuse has expressed interest in taking up the majority of space left at the former Nestle site.

However, “it is tied to whether they can get rail back in there,” he said.

Woodward said locating a manufacturing facility there would be tough being that workers compensation and power costs are relatively quite high in New York state.

When Nestle and Birds Eye left, they both relocated to Wisconsin. The workers compensation cost for a factory worker in Wisconsin is $1,100 per year. In New York, that cost is $12,000.

Additionally, power costs in Wisconsin are 40 percent cheaper than in New York.

The mayor recently met with former Nestle leaders as well as local author Jim Farfaglia, who recently published a book on the impact Nestle had on the city of Fulton.

Their intent is to memorialize that legacy with a Nestle museum.

“There’s one building left on the Nestle site right now, and we’ve saved that for the museum,” said Woodward, noting a lot of cleanup and removal of docks need to be done, but that is the plan moving forward.

“We need to keep track of our history like that. When Nestle came to Fulton, that was its very first stop in the United States for production,” he said.

He said he found an old book on Fulton when it was still a village, and it features a photo of the first condenser at the Nestle plant.

“We’ve got a lot of artifacts and I think we are going to have a lot more,” he said.

On the economic development front, Martens Fresh is planning to purchase a freezer plant that is connected to the K&N’s Foods USA site in Fulton.

The mayor noted that again, if rail access could be established at that site, there is a solid chance the company will either try to buy the rest of the former Bird’s Eye plant from K&N’s Foods USA or add on.

If that occurs, it would be a total of 100 jobs albeit lower-paying ones.

He said oftentimes, a company such as Martens Fresh relies on the availability of a payment-in-lieu-of-tax agreement with Oswego County to make its plans a reality.

Woodward said he “goes along” with PILOT agreements “reluctantly” because they generate job growth and eliminate vacant buildings.

He said instead, New York state should provide fixes to help stabilize the local tax base.

Meanwhile, a new Taco Bell recently created excitement when it opened at 501-505 S. Second St. in the city.

Hospitality Syracuse, a YUMS! Brands franchisee, bought the property for $110,000 from the city as a tax foreclosure. It tore the former buildings down, bought the adjacent lot, and combined the two properties to build the new restaurant.

It used to be the site of Rite Aid and Fays drugstores, as well as Carvel ice cream.

On another positive note, Compass Federal Credit Union is creating a branch on North Second Street in Fulton.

The company is taking a dilapidated building, formerly the site of Yager’s Plumbing & Heating, and building a new facility.

“I think the city is starting to turn around now,” Woodward said.

The plan calls for the facility to be converted to an assisted living facility, with projections calling for 60 employees, Woodward said.

Laying its cards on table

Meanwhile, the city is gearing up to submit an application to the state for 2019 Fulton Downtown Revitalization Initiative funding.

Woodward said the application will detail all the assets as well as opportunities present in Fulton that will make it worthy of funding.

Enhancing the city’s chances for DRI funding was its recent designation as an inland waterway by the state of New York Office of Planning & Development. The designation provides state resources for waterfront development purposes, and would include both the Oswego River and Lake Neatahwanta.

Secondly, while North Bay Campgrounds is owned by the city of Fulton, it had been considered being located in the town of Granby. The city of Fulton had halted development at the site due to taxation, but now that the campgrounds are considered in Fulton, that expense goes away, Woodward noted.

“We want to expand that campground and get grants for it, enabling us to build year-round cabins and a boardwalk that goes into the wetlands, similar to Beaver Lake Nature Center [in Baldwinsville],” he said.

Meanwhile, ongoing dredging will continue on Lake Neatahwanta in hopes of opening it up for public use.

“When we go after that DRI this time, a lot of opportunities are going to be added that we did not have before,” he said.

In 2018, Fulton Block Builders, an organization dedicated to upgrading the quality of neighborhoods in the city of Fulton, granted nearly $500,000 to homeowners.

When Nestle closed in Fulton, a payroll of $22 million went away. When Birds Eye shut down, the city lost a payroll of $13 million.

“Since then, we have experienced deterioration in some neighborhoods,” Woodward noted. “A lot of those people who lost their jobs were bringing home $40,000 to $50,000 a year. After those closings, they didn’t have the money to spend like they used to.”

The mayor said Fulton Block Builders reimburses homeowners 50 percent of the investment they make in their homes.

He said the program is “infectious” as homeowners are setting the standard for appearance in their neighborhoods, with many others following suit.

Another group, Fulton Footpaths, is devoted to developing walking trails that connect the natural resources of the Oswego River and Lake Neatahwanta with parks and attractions.

That mission has been enhanced when the city of Fulton was awarded $900,000 by the New York State Regional Economic Development Council to enhance and develop the Pathfinder Canal Towpath Trail and the Canalview Bridge Walk.

This award will help the city tie Indian Point landing to downtown, improve lighting, install signage, kiosks, and landscaping along the path into downtown.

Woodward said the city’s riverfront, along with its history with the Barge Canal, should be showcased for tourism purposes.