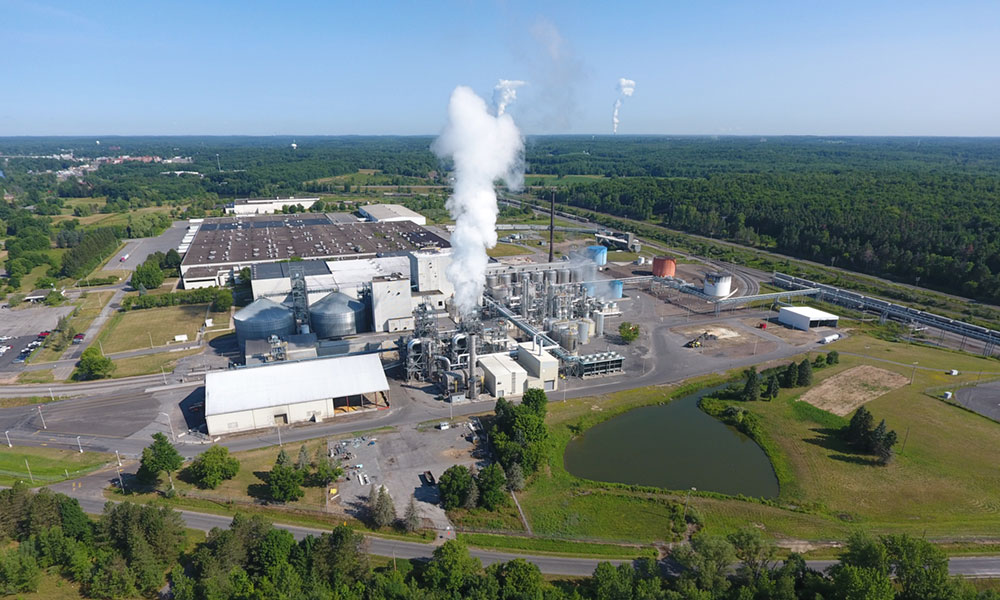 Attis Industries completed acquisition of the corn ethanol and grain malting operation in Fulton from Sunoco, LP in 2019. The company’s aggressive desire to expand its innovative suite of green technologies into marketable products is a huge economic development opportunity in terms of developing the surrounding property and further highlighting the site.

While the city of Oswego has been in the limelight recently due to its successful management of its Downtown Revitalization Initiative, now it is the city of Fulton’s turn to capitalize on the $10 million award it received as part of the 2019 DRI program.

The funding will assist dozens of projects that promise long-term jobs and investments into infrastructure and assets critical to economic development.

Austin Wheelock, deputy director of Operation Oswego County, the county’s designated economic development agency, said projects that are focused on the former Nestle site in Fulton will be accomplishing many goals, including targeted economic and community revitalization, direct employment opportunities, and support of the city of Fulton’s DRI plan.

One such project is a 9,000-sq.-ft. building being developed by Construction Design and Management, Inc. located on the former Nestle site on Fay Street. Charter Communications Tech Ops Division will be leasing the property and will locate its business to Fulton.

Meanwhile, the county Industrial Development Agency will redevelop a parcel in the former Nestle site into a manufacturing start-up facility. The facility will provide 30,000 square feet of manufacturing space for innovative, small manufacturing and research and development companies with strong growth potential.

Wheelock noted there has been “very strong” demand for modern flexible light industrial and manufacturing space within Oswego County.

“There is a lack of available space for small- to medium-sized industrial start-up and early growth companies, so we see this as a strategic decision to attract and retain these types of companies in Oswego County,” he said. “We’ve already spoken to several companies that are interested in locating in the space when completed and are taking their needs into consideration in the design of the facility.”

Wheelock said the ideal business types for this facility would be advanced manufacturing, food processing, and companies involved in research and development.

“Not only do we see high interest from these industries, we also believe these businesses thrive on innovation and a skilled workforce which are what made Fulton and the former Nestle site so successful in the past,” Wheelock said. “We want to respect our industrial past while focusing on the future.”

The Central New York REDC was again named a “top performer” and received $86.2 million in economic and community development funding to support 93 projects. Eleven of those projects are in Oswego County and represent $4.3 million in grants toward $19.8 million in total project costs.

Wheelock said this funding, combined with the recently announced $16 million the county was awarded as part of the Lake Ontario Resiliency and Economic Development Initiative, made for a strong 2019 on the economic development front.

Complementing that is the city of Fulton winning $10 million in state DRI funding.

“Looking at the combination of the three state grant initiatives including the Consolidated Funding Application (CFA), Oswego County will be able to address many goals of the Oswego County economic advancement plan,” Wheelock noted.

“It was an interesting year for CFA projects as there are several projects that will lead to direct job creation and retention,” Wheelock said. “Others address the need to improve critical infrastructure and quality-of-life assets that will provide long-term improvement in economic development.

“We feel that all of the projects will address economic development needs in important ways.”

In the city of Oswego, the Port of Oswego Authority will perform a feasibility study to assess the possible construction of an entertainment venue that will provide a recreational and tourism draw for the region.

“A waterfront performing arts facility in Oswego could be a great asset and attraction to build on Oswego’s growing tourism and hospitality economy and would enhance other ongoing tourism investments like the indoor water park.”

Wheelock said this feasibility study is a “great opportunity” to explore the development of a unique attraction for visitors and residents alike to the city of Oswego and the Central New York region.

“A waterfront performing arts facility in Oswego could be a great asset and attraction to build on Oswego’s growing tourism and hospitality economy and would enhance other ongoing tourism investments like the indoor water park,” Wheelock said.

The OOC deputy director said while it would be a significant draw for tourism, it would also be an important asset to improving quality of life for residents and students and would help to attract and retain the best talent to Oswego County.

Attis Industries completed acquisition of the corn ethanol and grain malting operation in Fulton from Sunoco, LP in 2019.

The ethanol plant is now an essential element of Attis’ operations and will be pivotal in the company’s expanding technology portfolio as it develops the site into a state-of-the-art green tech campus.

Wheelock said the acquisition of the former Sunoco LP plant and 1886 Malt House was “great news” for Oswego County for the long-term sustainability of the plants and the jobs they support, both directly and indirectly.

Wheelock said the company’s aggressive desire to expand its innovative suite of green technologies into marketable products is a huge economic development opportunity in terms of developing the surrounding property and further highlighting the site.

This makes Oswego County “an engine of renewable energy and agribusiness economic activity,” Wheelock said. “These transformative projects will act as a magnet to attract further investment and supporting business to Oswego County.”

MacKenzie-Childs is moving its distribution, warehouse and shipping operations to a new site in Oswego County.

The company, which designs and manufactures popular furnishings, dinnerware, kitchenware and other items, is relocating those operations to a 200,000-sq.-ft. warehouse in the town of Volney. The firm’s warehouse functions are currently based in Auburn with some additional storage elsewhere.

MacKenzie-Childs has reportedly outgrown the Auburn warehouse and needed a bigger facility.

The new warehouse will employ 50 to 55 people initially. The company expects the workforce to grow to 75 to 100 people in the next few years.

Many top projects that gained momentum in 2019 are coming to fruition as 2020 unfolds.

• iFreeze: At the end of 2018, Martens Fresh LLC purchased 123,042 square feet of space from K&N’s Foods USA on Phillips Street in Fulton.

Martens Fresh will utilize the property as a cold storage facility and distribution center “iFreeze” for its fresh-cut food service packaging and distributing frozen vegetables.

According to its website, the iFreeze will be used for railcar and container unloading, private label packaging, blanching and individual quick freezing, cold storage and as a distribution center.

In the first half of 2019, iFreeze made significant investments to repair and modernize the refrigeration system, renovate the office space and repair the roof.

“With this facility fully operational and its fleet of refrigerated trucks, iFreeze is well positioned to be a key player in the cold storage and frozen foods logistics industry serving the Northeast, Midwest and eastern Canada,” Wheelock said.

• Page Transportation, Inc.: Page is operating a facility in the city of Oswego from which it serves Novelis and others with logistics and materials handling services.

Novelis is the world leader in rolled aluminum products and recycling, and the largest global producer of automotive and beverage can sheet.

For Novelis in Oswego, Page operates a high-technology scrap aluminum sorting line that allows the aluminum scrap to be graded prior to moving on to the Novelis facility.

The Page operation is the first installation of this technology in the United States. It is located at the former Distribution Centers-Americas facility on county Route 1A in Oswego.

• City of Oswego DRI: The LITATRO Building, 22 Crossroads, the new indoor water park, and Harborview Square all gained momentum during 2019. All are under construction and will accomplish significant initiatives, including mixed-use commercial and residential downtown development, creation of new waterfront attractions, and the strategic redevelopment of vacant and underutilized sites.

These projects will go through various phases of construction and will be completed in 2020 and beyond.

“These projects will highlight Oswego’s downtown and waterfront and be the catalysts to further private investment and job-creation opportunities,” Wheelock said.

• East Lake Commons, LLC: After some development revisions, this project is anticipated to begin construction in 2020.

The redevelopment of the Midtown Plaza into a multi-story mixed-use commercial and residential development, the adjacent waterfront development of the indoor water park and Oswego Health’s new behavioral health center to the north “will dramatically transform the east side downtown area,” Wheelock said.

• Tailwater Lodge: The development of the former Altmar Elementary School into Tailwater Lodge and the subsequent expansions of the hotel and recent additions of the fitness center, spas, game room, tasting room, and banquet facilities have been a shot in the arm to Albion and the eastern Salmon River area, Wheelock noted.

“This unique hotel and retreat center was recognized in 2019 as the winner of the Hilton Tapestry Collection Connie Award and is the highest award given to hotels across the Hilton worldwide brand for outstanding product and service,” he added.