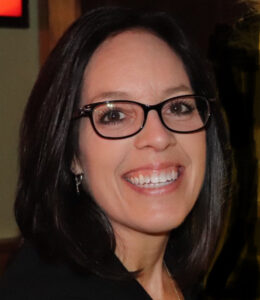 “All in all, I personally feel the 2022 real estate market will be another great year. There will be most likely be some changes compared to the last few years but overall it should be good for both buyers and sellers.

“Rates are currently higher than they have been in the last two years. The bubble has popped. The Fed announced three rate hikes will be occurring in 2022. The first was set for March. The 10-year treasury has crested 2% as of today (Feb. 10), which is back to pre-COVID levels seen in July of 2019.

“One of the many lenders I work with stated that he believes we will see one more round of lower rates, but doesn’t predict that until the economy feels the strain of the Fed policy in full affect.

With that being said, rates are still pretty darn good when we look at it historically.

“Homes are appreciating much faster than inflation. So, we will continue to see the values increase over the next few years. People should buy now if they can, lock in on the current rates as it will protect them from those rising inflation costs.

“What that means is property taxes have the potential to rise and other expenses may creep up, but your monthly housing payment is protected and will remain the same. For those who rent they are seeing rentals at their highest and they will only continue to increase.

“As mortgage rates rise, some moderation in housing demand is to be expected, which may force house price growth to subside a little. However, the combination of a large number of newer homebuyers facing a shortage of median level inventory of homes for sale should keep the housing market competitive.” 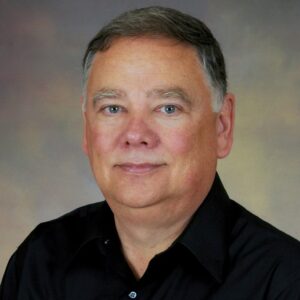 “I think what we are going to see is somewhat of a leveling. We won’t see that leveling off as ‘all of a sudden’ we have reached July and now we have a flat line.’ It is very likely to be very gradual as far as any leveling goes.

“Because the fact of the matter is with the supply of homes so low, there would have to be a great increase in the availability of homes for the supply to equal demand.

“We have a very positive outlook for 2022. It really depends on a couple of factors. One being does inflation get under control? And, if inflation gets under control then it is entirely possible that pricing will stabilize and we will return to some sense of normalcy.

“If inflation continues to spiral upward, then it is likely that home prices will continue to increase. It is likely that more people will be in the market to buy homes because they want to buy in before they can’t afford to buy in.

“We know where they market is right now. We don’t know where we’re going to be in six months. That is certainly going to be an incentive for buyers as well as the sellers.

“The rental units, that is difficult to figure in to the equation of home ownership. They are different markets. You have people who are looking at [rental apartments] who would logically be there.

They are young, single workers and families who are just starting out or just moving to the area. Or, those who are tired of home ownership and just want to get into an apartment so they don’t have to shovel the snow.

“But even at that, typically with apartments what happens is, if they are the young new families or singles just moving into the area, an apartment is a temporary step for them.

“They’re looking to, in a year or two or three, getting into home ownership. It’s great that the apartments are going to be there. They certainly are needed. They might attract some residents who would otherwise not be considering [this area] as the place that they would like to live. It’s an important cog in the wheel of home ownership and moving toward the American Dream. 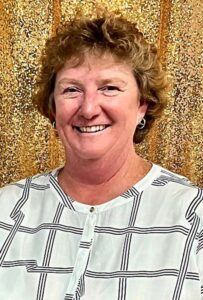 “This year, 2022, started out slow. There is just a high number of buyers out there. The problem is we are lacking inventory. There is a long list of buyers, but we just don’t have the inventory to show these buyers.

“It is just one of those things. Everyone is waiting; maybe the weather is a part of it, I’m not sure. I’m just waiting right now for some people to give me the thumbs up and list [the properties].

“Getting ready, preparing that way, you know hopefully that more inventory will be coming on so we can satisfy some of these buyers.

That’s the thing, as long as the interest rates are low—that’s one of your largest incentives right now—that’s a big thing for buyers and when we talk with people we do say now the inventory is so low if you list now you won’t have the competition that you will maybe face later.

“Up in Clay and Cicero, it is crazy up there. There was a house listed up there just the other day and talking with a fellow agent, they said they had 65 showings. We don’t get things like that in Oswego County but we still get multiple offers, houses selling for over the asking price and especially in the country, you know people want to be in the country, they want more room. So you find many purchase offers going above the asking price.

“The interest rates are slightly creeping up. But still, they are lower than they have been in years. Still less than 4% so that is still a good interest rate.

“If people keep listing their houses and inventory builds up, it is just going to be as busy as it was in 2021. I’d say 2022 started out maybe a little slow but it is going strong because the interest rate is so low right now. It is still a sellers’ market and it is still strong. You have one house for sale and multiple buyers interested; one makes the purchase and all the rest of them are still out there looking. So it is still going to be a sellers’ market. We just need more inventory. That is the largest situation going on around here. 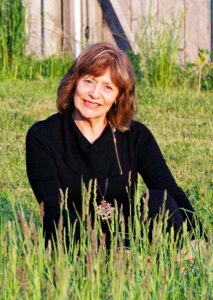 “We are optimistic. We are looking at some potential listings down the pike that people are discussing with us and we’ll see how that goes. I am an optimist. I would like to think things will get back to more ‘normal.’

“There are people who are moving out of state … statistically, there should be an increase of homes available. I’m not sure if that is indicative of a number of things; maybe related to the economy or weather. Let’s face it, more people would probably be inclined to move south in January and February.

“There is always a need for housing. The challenge we face, of course, is the availability of houses and the prices. The average price a couple years ago was less than $150,000. That’s high for a median price. Now it’s around $175,000 right now. What can younger home-buyers do?

“One of the things that may impact our business is all of the rentals that are becoming available in Oswego. There are some really nice opportunities for people to live differently than we have in the past.

How is that going to impact a modest priced home (nearby)? I don’t know. It’s hard to tell. It’s all unpredictable. We don’t have a crystal ball.”