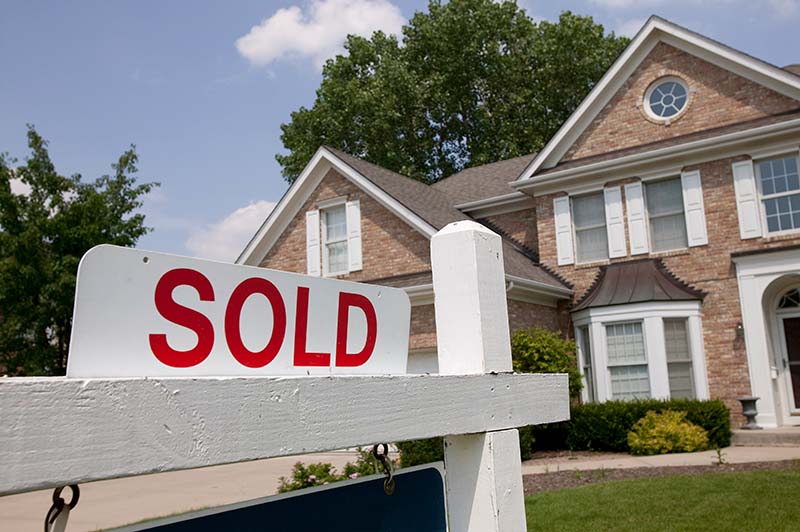 The new year weather started off rather cold. However, the Central New York real estate market isn’t showing any signs of cooling down.

“It might be cold, but the real estate market is still hot. It’s not even February yet and we are seeing more houses pop on the market every day, multiple offers from buyers, and the rates are still low,” said Jennifer Hall, at Howard Hanna Real Estate’s Liverpool office.

Inventory of homes for sale remained low throughout the year and prices continued to rise in the Empire State in 2021, according to the New York State Association of Realtors.

“In general, 2021 was a banner year, a banner year,” said Tom Hagerty, co-owner of Leah’s Signature Century 21 in Fulton. “There was more real estate activity in 2021 than we have seen in years in the Central New York area.”

The prices reflected that.

“We saw some double-digit increases in prices as the supply went down and the demand went up. So there were some nice increases as far as pricing goes for home sellers,” Hagerty said. “It was a good year. The banks were cooperating with low mortgage rates. And, people were anxious after staying in their homes for a year under COVID. They wanted to get a little more elbow room is what we’re finding. They were looking to step up to their next level of house rather than stay where they were.”

“Yes, with rates still low, we are still in a sellers’ market,” Hall said. “Sale prices are up all across Central New York.”

“Things are continuing, thus far, of being a sellers’ market again in 2022,” Beckwith said. “We are still struggling to find enough houses for the buyers that we have.”

“Housing prices continue to go up based on demand from buyers,” Hall said. “We have less listings currently on the market than we did in 2021.”
“We have a very positive outlook for 2022. We have a great crew of people here. They are all busy, busy, busy,” Hagerty said. “Just the other day we had a house that went up, might have been Monday of this week. And, by Tuesday, we had 10 offers! That’s something in years past simply would not have happened in this area.”

Even though the Fed is talking about raising the mortgage interest rate it’s still such a good time to buy a house.

“We know where we are right now. We don’t know where we’re going to be in six months,” he said. “That uncertainty is adding fuel to the fire.”

“It is common practice to receive multiple offers and many homes are going over the asking price still,” Beckwith said. ““Interest rates have climbed a bit of late. But they are still very low.”