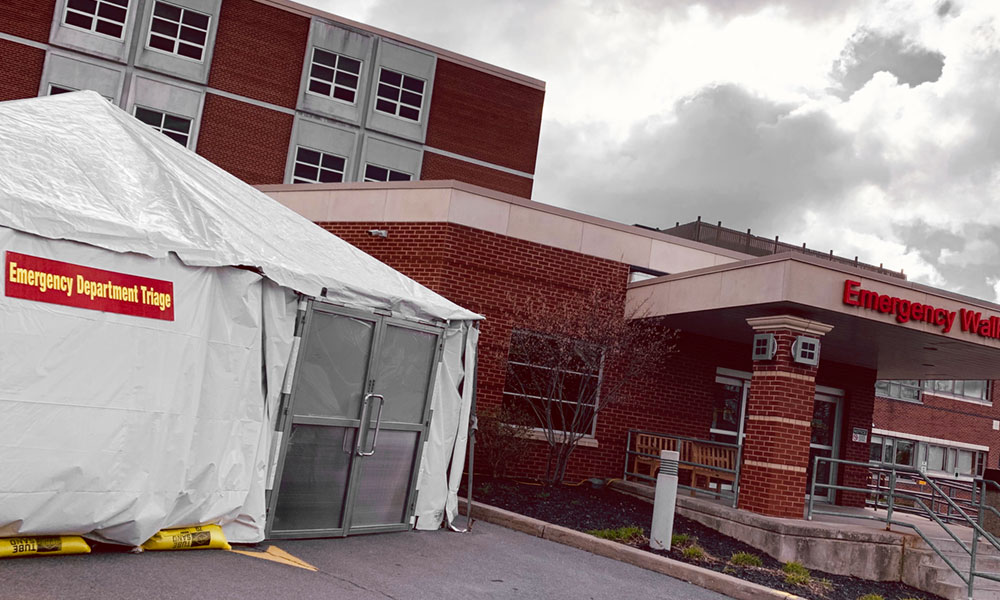 It may seem counter-intuitive during a pandemic to furlough health care workers, but Oswego Health has done just that out of economic necessity.

Oswego Health has furloughed 328 employees due to the present ban on elective procedures and a decline in patient visits during the COVID-19 crisis and the resultant $5.4 million monthly loss to the hospital. That amounts to about half its monthly revenue.

The furloughs are expected to last 10 to 12 weeks, according to Jamie Leszczynski, senior director of communications at Oswego Health. She said the furloughs do not impact Oswego Health’s continued care to the community.

The company employs more than 1,200 at its facilities throughout Oswego County and is ranked among the top-three private employers in Oswego County.

Michael Harlovic, president and CEO of Oswego Health, said the cuts were across the board and included support services, laboratory, radiology, some physicians and administration.

“It’s totally across the board throughout the entire system. We spread it out as best we could,” Harlovic said.

Meanwhile, Oswego Health is working on a reopening plan with an eye on returning to full operations while adhering to state and federal guidelines.

The first phase of the reopening plan will see Oswego Health making available many of its elective surgical procedures.

”Our biggest loss of revenue is our elective surgeries and procedures,” Harlovic noted.

A huge component to the reopening plan will be determining how testing will take place for potential COVID-19 patients as screening for the safety of themselves as well as employees is vital.

Also essential to a successful rebound is the availability of personal protective equipment.

“The reason why elective procedures were cancelled is to conserve PPE. As PPE is more readily available, that will have an impact on returning to full capacity,” he said.

Harlovic said there are no plans for further reductions to staff. However, he said as the economy reopens, it is expected that uncertainties will follow.

“One uncertainty is what people’s employment status will be, and we are not just talking Oswego Health,” he said. Of utmost concern will be the health insurance status of those who return to work.

Also, Harlovic said people “will be somewhat fearful at first in seeking health care because they are worried about potential exposure. I can see that as a factor. We are going to watch and see what volume returns.”

As of 3 p.m. today, a total of 56 positive cases of COVID-19 have been discovered in Oswego County. Of those, 12 of those are active, while 42 positive cases have recovered. There have been two COVID-19 related deaths.

A workforce in transition

The total number of workers furloughed is 328.

There are 102 fully furloughed workers, and 226 partially furloughed employees. All told, the furloughs equal 227 full-time equivalents.

Marquand Brown, vice president of human resources at Oswego Health, said workers who are on partial furlough are available when Oswego Health needs them.

“In what we did in some cases was one week on and one week off. In other cases, they may work reduced hours each and every week,” said Brown, noting that fully furloughed workers will come back when Oswego Health is able to return to full capacity.

Furloughed workers will be eligible for the additional $600 per week in federal unemployment benefits that was authorized by the $2 trillion stimulus plan passed by lawmakers recently. Once a furloughed worker returns to work, those benefits end.

Brown noted the furlough is designed to be temporary and Oswego Health maintains workers’ benefits during the time they are out.

“We believe in transparency and were very forthcoming in letting employees know [about the furloughs]. Revenues were significantly down, and I think they could sense that,” Harlovic said.

He said the organization could have started the furloughs earlier, but “we kept trying to hang in there. I think they understood that volume was down and that we couldn’t sustain the losses that we were having.”

“By furloughing them, that put us in a better position to bring them back later and we wouldn’t be spending money when the work was not there,” he added.

Harlovic said there was an “overwhelming positive response” from employees.”

“They look around and see it everywhere, not just in health care,” he said.

There have been COVID-19 in-patients at Oswego Hospital, and Harlovic said the organization has been successful in managing them. Oswego Health has a mobile testing center on site as well as all the necessary protocols for screening people, he added.

Oswego Health has a tent outside its emergency department for folks to get appropriate screening before they enter the building on an emergent basis.

Next Small Business Training Class to Be Held Online in January