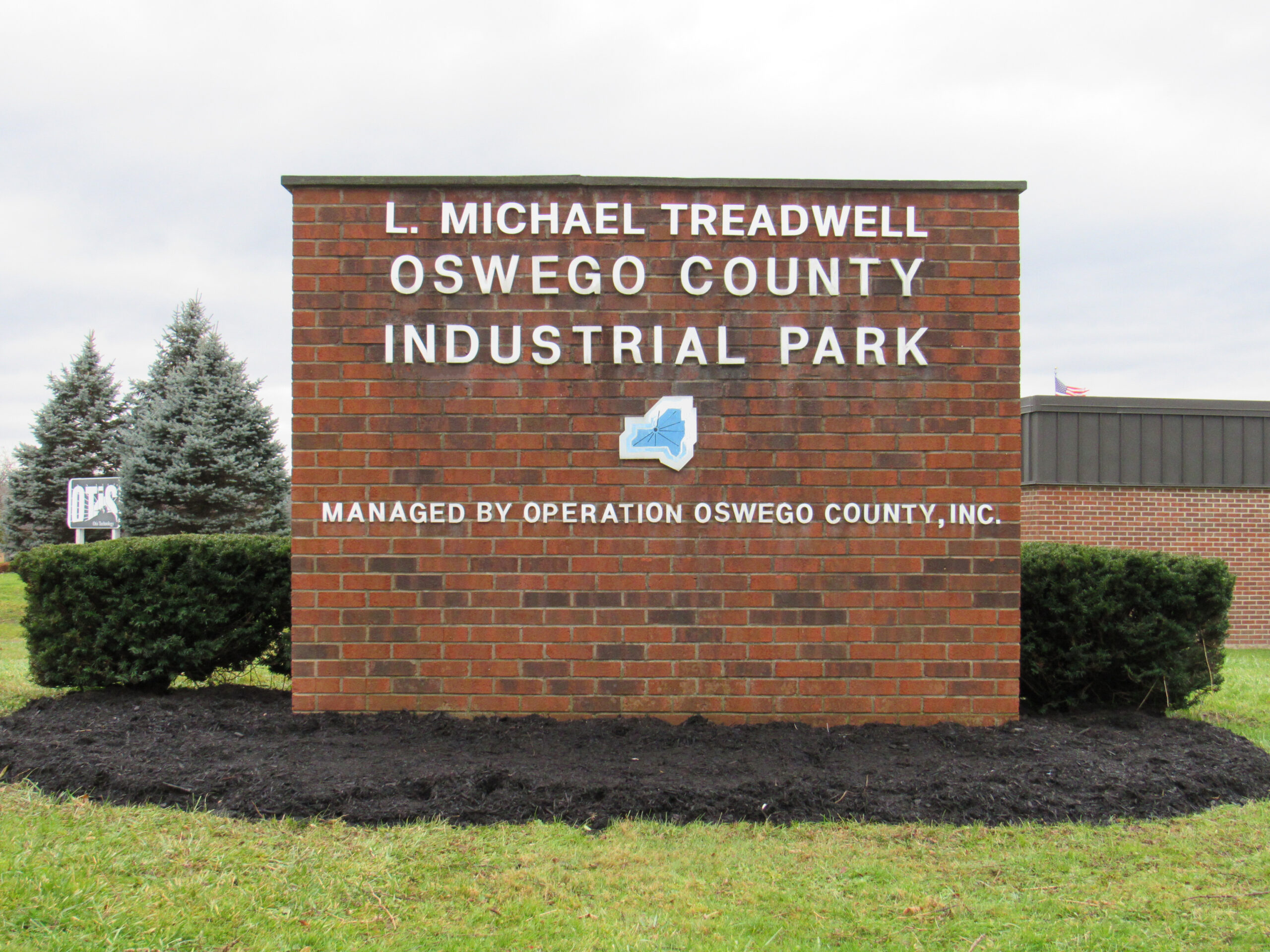 Nearly 80 people, including family, staff and colleagues, joined together on Dec. 2, at the Lake Ontario Event and Conference Center, to celebrate his career.

The event was an open house with a brief presentation.

Austin Wheelock, the incoming executive director, was the emcee.

The L. Michael Treadwell Oswego County Industrial Park is a well-established park, home to 14 companies from the industrial, business, and education sectors. With an additional 185 acres purchased adjacent to the industrial park little more than a year ago for expansion, the industrial park is well poised for continued growth.

Treadwell joined Operation Oswego County in 1983 and has served as executive director throughout his tenure. The local, non-profit economic development corporation has helped to stimulate more than $5 billion in investment and helped create and retain more than 29,000 jobs in Oswego County. Over his nearly 40-year tenure, Treadwell has touched nearly every business in the county, at one time or another. Treadwell also played significant roles in keeping Huhtamaki in Fulton and saving the FitzPatrick Nuclear Power Plant from closure.

Additionally, Treadwell served as the CEO of the County of Oswego Industrial Development Agency, a public benefit corporation, established in 1976 by the Oswego County Legislature, and a major economic partnering agency in the county. The agency has the authority to issue private activity bonds, provide tax exemption incentives, as well as financial assistance via revolving economic development financing programs.

Prior to joining OOC, Treadwell worked for the South Carolina State Development Board for 11 years.

Throughout his time at Operation Oswego County, Treadwell has been active on numerous boards and with organizations that impact the Oswego County and Central New York economies. Among his many achievements, Treadwell has received the Economic Developer of the Year for New York State from New York State Economic Development Council in 2004, the Financial Services Champion Award from the U.S. Small Business Administration in 2005 and the Northeastern Economic Developers Association’s Lifetime Achievement Award in 2015.

“I enjoyed my 40 years at Operation Oswego County leading economic development efforts and will miss the relationships developed with great businesses and people. Over that time, there were a lot of successes such as keeping Sealright in Fulton and the hotel and conference center development in Oswego, as well as some heartbreaks, like losing Miller and Nestle,” Treadwell said.

Operation Oswego County and the County of Oswego Industrial Development Agency will be moving forward under new leadership. In late September, after a national search, the Operation Oswego County Board of Directors named Wheelock the new executive director, effective Jan. 1, 2023. When Wheelock assumes the role, he will manage all day-to-day operations for OOC, a non-profit organization that serves as the county’s designated economic development organization. Duties include business attraction and retention, administration of economic incentive programs, and communication with key partners and stakeholders.

As part of his role, he will also serve as the CEO of the Oswego County Industrial Development Agency.

Wheelock brings many business and government contacts, and several years of experience in economic development in Oswego County, to his new role.

“Oswego County and Central New York are poised for positive growth with the Micron project coming, as well as through many other investments from companies like Novelis, Felix Schoeller, Daldrop, and Healthway.  Economic development initiatives like the industrial park and strategic site expansions, plus the Advanced Manufacturing Institute and other workforce development programs, will enhance that growth. I look forward to following the county’s progress and feel confident that, with the team they are putting together, they are in good hands for the future,” Treadwell said.

Operation Oswego County is a private, nonprofit economic development organization that works to enhance and protect the business climate of Oswego County.