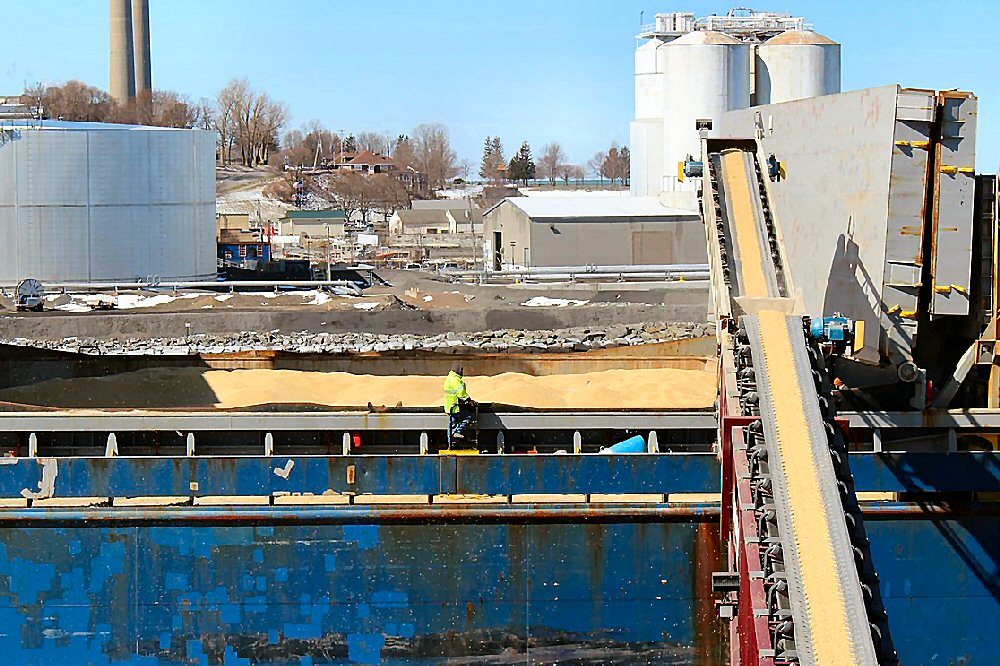 As a result of grain production and distribution disruption caused by the war in Ukraine, locally produced grain shipped to international ports is easing those shortages and is more important than ever to both local and world economies, said William Scriber, executive director, Port of Oswego.

“Russia and Ukraine account for a large share of worldwide grain production,” Scriber said. “The war has taken those countries out of the picture both from the effects of the war in Ukraine and countries declining to do further business with Russia.”

The Port of Oswego has stepped up as a major player in soybean and grain export on the Great Lakes.

“Our first export of the season, more than 18,000 metric tons of soybeans, was scheduled to depart March 31 aboard the Lake St. Clair. It’s the first grain export from any port on the Great Lakes this year and is bound for Brussels and Ireland,” Scriber said. “We have contracts for another six international grain shipments this year. We expect to gain more because of the strain on the world’s supply chain and the availability of wheat and other grains.”

The recent opening of the port’s NY State Grain Export Center and growing list of grain export contracts has solidified its position as a regional leader in this area.

About 100 farmers from Oswego County and Central New York recently made the first deliveries to the port export center. It’s part of a recent agreement the port signed with The Andersons, Inc., Maumee, Ohio, to lease the port’s 780,000-bushel grain storage facility and export the grain on vessels to Europe and Africa.

Oswego is home to the largest facility of its kind on Lake Ontario and the most technologically advanced handling system in New York State and on the Great Lakes and has an on-site USDA lab.

Catherine R. Gill to Take Over as Next CEO at St. Luke Health Services