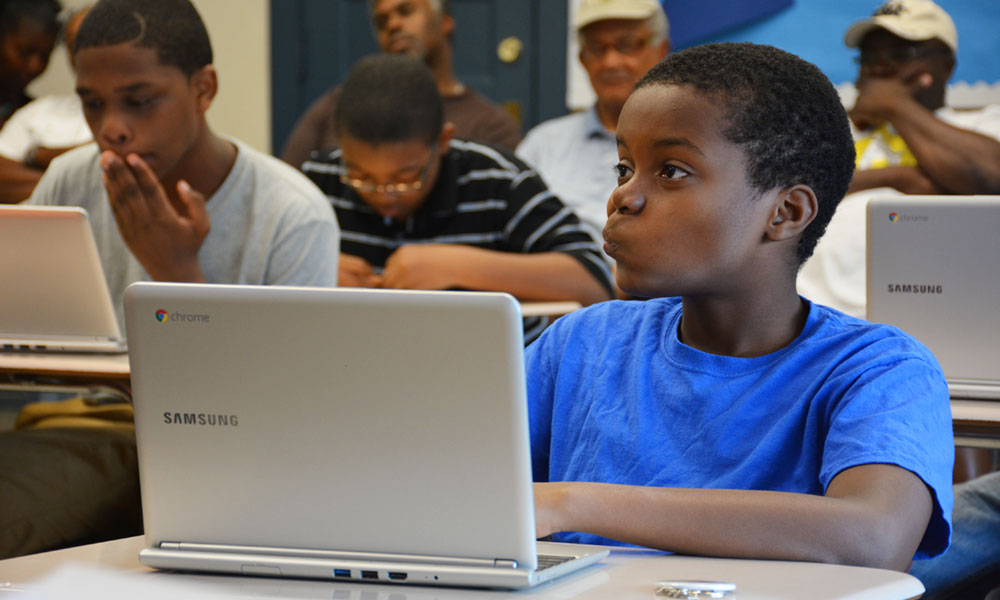 Ali Rahman of Syracuse views poverty as a domino effect. Once it hits a family, it continues, generation by generation.

“Because of poverty, people can’t get out of it,” he said. “Education isn’t there, jobs aren’t available.”

It’s hard to find a good job if you can’t afford an education or training classes, for example.

Rahman serves as vice president of administration at 100 Black Men of Syracuse, which has operated in the city for 13 years. Rahman believes the organization as making a positive difference in the life of boys living in poverty.

“The mantra for 100 Black Men is ‘What they see, they’ll be,’” he said “We’re trying to improve the community by mentoring and being a role model for the youth in the community.”

If all young people see are adults who do not better themselves, the youth will believe that they cannot improve their own lives.

An office technician at National Grid, Rahman heard about 100 Black Men through a co-worker in 2017. He attended an honors banquet 100 Black Men hosted and realized that he wanted to join the group.

“Syracuse in particular is leading the nation for poverty per capita for a city of its size,” Rahman said. “Once you correct this situation, you can correct problems in the city like crime.”

Immediately, he saw that the gentlemen leading the group were serious about their mission and joined right away.

About 100 young people participate in the all-volunteer organization. Its programs include STEM activities, SAT exam preparation classes, wellness walks, reading groups and outings that encourage students to consider higher education, such as college tours. Since many youths receive acknowledgement for sports accomplishments, focusing on academic achievements may help motivate more students to work harder at their studies. Considering few young people can shine like Michael Jordan or Serena Williams, it makes sense to focus on praising them for meeting academic goals as well as sports.

“We like to have visibility in the community,” Rahman said.

Among other goals this year, 100 Black Men of Syracuse is planning on expanding its robotics and drone program, attending the Imagine RIT event in Rochester, and planning a citywide 2021 awards program for students.

“Some of the initiatives that the city of Syracuse has initiated in terms of economic development on the south side and inner city are significant in assisting us with our mission to influence the youth of this community,” Rahman said. “Certainly, we’ve been shown support by the city school district and school superintendent and other organizations.”

The group was founded by Jerome Walker and Walter Eiland of Syracuse. They had attended the Million Man March in 1995 and wanted to build a grassroots organization to rebuild their communities. They believed that the national organization 100 Black Men of America was a good model and eventually received a charter to open a local chapter. 100 Black Men of America has more than 100 chapters.