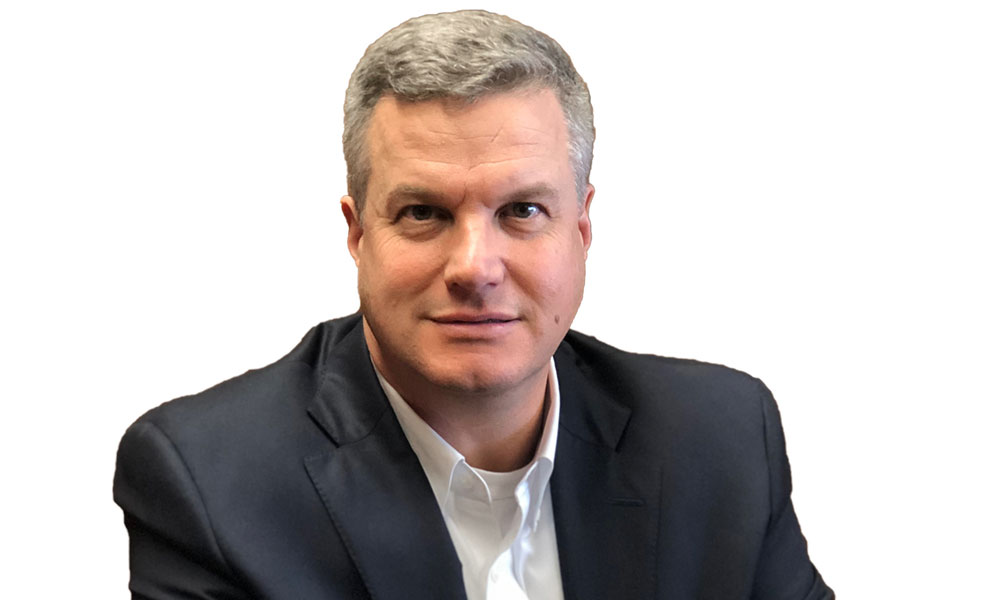 He is wired for success. Gregory J. Smith, newly minted CEO and president of International Wire Group, Inc., is accustomed to making the right decision at precisely the right time.

“I have said success in competitive sports car racing is a lot like running a business. You have a lot of variables coming at you, and a lot of decisions to make rapidly. Obviously, you want to make more right decisions than wrong decisions. If you make a bad decision in business, it can cost you a lot of money. In the case of racing, it could obviously hurt as well,” he said.

“Leading a business that has a lot of variables and triggers is very exciting to me. The fact that International Wire Group has a large footprint around the world adds to that excitement,” said Smith, noting that experiencing different regional characteristics related to customers and exploring the contrasting needs and wants of clients makes it even more interesting.

IWG, headquartered in Camden, is the largest bare copper wire and copper wire products manufacturer in the United States with operations in Europe. IWG has 20 locations throughout the world, including one in Williamstown, Oswego County.

Smith has owned several sports cars, his fondest being a Porsche 911. He raced in the club division of the Sports Car Club of America.

“I did that for 15 years. It’s an addictive sport and like boating or golf, you can’t get enough of it,” he said.

Smith gave up racing about five years ago.

“My children were getting older, and because I travel so much, when I am off I want to be with them. I used to pack up and go racing on the weekends, but it just became too much of a commitment. Also, job demand doesn’t afford me the time needed to enjoy that hobby,” he said.

Smith was recruited by Atlas Holdings LLC, which acquired IWG Holdings, Inc. in late April of 2019.

Smith joined on May 1, 2019. “I was specifically sought out to be the next CEO of this business,” he said.

Previously, he worked for the Marmon Group, a Berkshire-Hathaway company based in Chicago, Illinois. He was president of a group of nine international wire and cable businesses.

Smith is a mechanical engineer by degree. He earned undergraduate engineering and Master of Business Administration degrees.

He started his career in the ship building industry, and then transitioned into aerospace component machining businesses.

“Throughout my career, I had technical assignments that increased in responsibility,” he said.

He’s worked as an engineer, supervisor, engineering manager, operations manager and in business development, all with the idea that his ultimate goal one day would be to run his own business.

The bulk of what he has done and excelled in is operational leadership of businesses.

In the early 2000s, Smith was looking for a change. It was post 9/11, and the aerospace industry had undergone a dramatic downturn.

“The demand for aircraft parts underwent a significant change, and I was just interested in a change to a different environment,” he said.

“What I found in the wire and cable industry is that these businesses are very much job shops,” he said. “Every month, there is a different recipe for what we are making.”

He said the challenges and personal rewards he gets in this type of business are greater than what he had realized in the past.

“The wire and cable industry tends to be quite dynamic. It’s ever changing, and that is exciting,” Smith added.

“We have a variety of operations that either strand, bunch or cable them to a variety of configurations,” Smith said.

The IWG leader said they are ultimately used in what he terms “mission critical applications” by customers in the industrial and energy, electronics and data communications, aerospace and defense, medical products, automotive, and consumer and appliance industries.

“We buy it in a raw state, and from there, it’s drawn down into these single ends that are then configured into a multitude of finished constructions,” he said.

IWG has its own tin-plating facility in Camden that supplies most of the plants it has in the region.

“We have several plants throughout Central New York. Not every plant has its own tin-plating capability,” he said.

The Connecticut native said the level of business at IWG “is very much related” to gross domestic product growth.

“When the economy is doing well, our business is doing well. Such has been the case over the last several years,” Smith said.

Demand for IWG products remains consistent, according to him.

“We had a very good 2019, and are actually looking forward to a growth year in 2020,” he said in an interview before the coronavirus outbreak.

Smith noted his background is mostly operational, with an emphasis over the last 15 years on turnaround situations.

“I’ve demonstrated the ability — with Marmon and with companies prior — to really focus the business around customer-oriented profitable growth,” he said.

“Historically, International Wire Group has tried to be everything to everyone, and that would include never refusing orders even if profitability was questionable,” he said.

As a result, the business has grown to supply thousands of product configurations, making customer service, on-time delivery and profitability challenging, he said.

“My challenge is to focus the business on supplying customers and products that define who we are,” Smith added.

“I am a down-to-earth, hands-on and collaborative leader. My job is to lead, teach and coach my staff toward a vision and goal, cheer them on and celebrate success together,” he said.

Owl is a producer of high-volume, heavy bare and tinned wire with operations in Canastota, Rome and Boonville.

IWG has a second plant in Rome, as well as locations in Cazenovia, Hamilton, Sherrill, Sherburne, Williamstown, Jordan and three in Camden.

It also has locations in El Paso, Texas, and in Bremen, Indiana. In Europe, IWG has two locations each in France and Italy and one in Poland.

Smith said he is traveling 80% of the time.

“I have been traveling for many years and it is not something I am unaccustomed to,” he said.

Smith resides in Connecticut, and his weeks consist of either a weekly commute to the Camden area where company headquarters are, or if he is anywhere else in the world, he travels outside of his local airport in Connecticut.

“When looking at some of the practical challenges and things that keep me awake at night, first and foremost is the safety of my employees,” Smith said.

“We spend a lot of energy making sure our employees are safe so they can return home to their families every day. That is top of mind for me,” he said.

“Speaking in terms of what concerns me, first and foremost is safety,” he said. “Meeting commitments and keeping everyone safe are the measures of success.”

Other challenges are workforce related.

“There are not a lot of folks that grow up necessarily and aspire to get into this industry,” he said. “You can’t go to college and obtain a degree in wire and cable. You have to be drawn into this industry in some way.”

“Finding those people who are interested in this type of work presents a challenge,” he said.

Smith said it is difficult to find young engineers who want to work their way into first-level leadership roles and into middle management.

“Young people have many career choices, and wire and cable is not necessarily at the top of the list,” he noted.

Another workforce-related challenge is the significant gap between older workers who are aging out toward retirement and young workers who are new on the scene. A serious void exists in between these two sets of workers.

In operating the business, “we have to be wise from a technology and productivity standpoint to be able to service the needs of our customers with that type of variation in skill and, quite frankly, just having people available,” he said.

He said direct labor jobs are challenging to fill across the country in the manufacturing sector.

“I think work-life balance for me is the most important thing in my life right now,” said Smith, noting he has two young daughters.

“I put a lot into my career and this business,” he said. “For me, I work a long day but at the end of the day, I shut it off. Being with them and being together is really nourishing to me,” he added.

Because he travels so much, he watches what he eats.

What kind of advice would Smith give a freshly minted engineering graduate?

“I would say the wire and cable industry offers a lot of opportunity for those who wish to apply themselves. There is a great career path to be had, and it could be a technical path or it could be a leadership path depending on what they want. It is an industry that will be around for many generations to come. There will always be a need for our products,” he said.

Personal: Married to his wife Beth for 24 years, two daughters