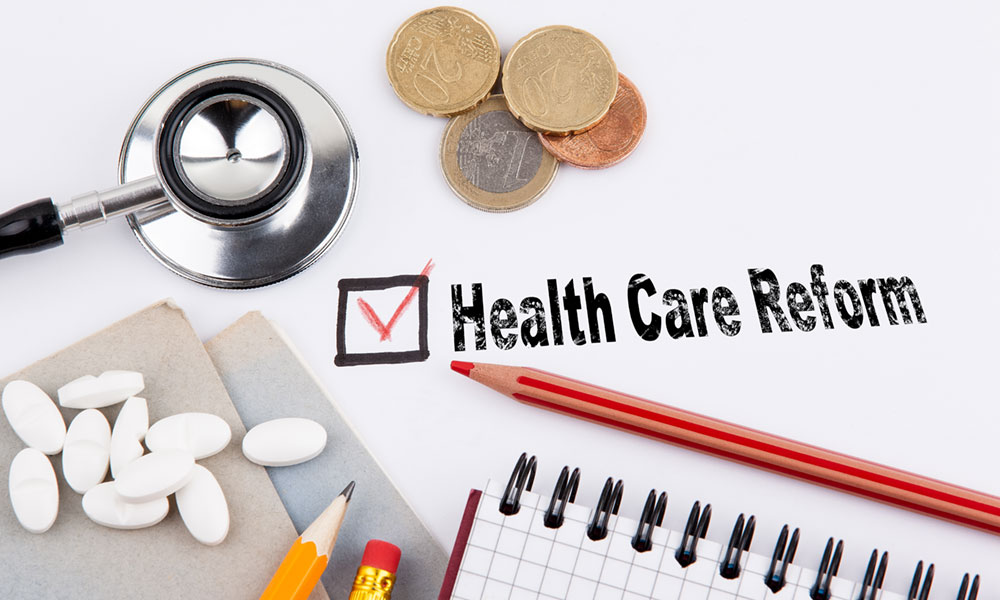 The gauntlet is comprised of the well-funded and influential special interest associations that dominate our healthcare industry and legislation via their K Street lobbyists.

Special interest groups spend hundreds of millions every year to make sure our congressman heed their perspectives and concerns.

All told, there are 2,775 registered healthcare lobbyists on the Hill, which come to just over five lobbyists for each of 535 representatives. Half of these lobbyists represent just the drug industry, and 54% of all lobbyists are former federal employees, including representatives from the Senate and Congress.

This uncontrolled and blatant inbreeding makes running the gauntlet with a radical or progressive plan an even more daunting task. Acknowledging the reality of the gauntlet, perhaps a more moderate, less threatening approach to healthcare reform may get us to where we need to be.

The cost of healthcare in the U.S. is unsustainable and threatens the very rubric of society. Family premiums went up an average of 5% to $15,375 this year. Individual premiums for a low-cost silver plan hover around $7,000 annually. The average single deductible is about $1,600 with high deductible plans at about $2,350.

That’s about $3.6 trillion or 18% of our gross domestic product. While it’s easy to agree it costs too much, it won’t be too easy doing anything about it.

The biggest and most radical legislative change in healthcare since Lyndon Johnson signed Medicare and Medicaid into law in 1965 is the Affordable Care Act, which was signed into law by Barach Obama in 2010. It was by no means easy.

‘The reality is despite all the attention healthcare is getting in the media and in the presidential political debates, behind the scenes 2,775 healthcare lobbyists representing 1,300 clients control the narrative.’

Acknowledging rather than fighting the lobby gauntlet, the designers of the ACA brought them to the table. The ACA was actually a cooperative or community effort crafted by the industry’s major players and special interest groups, including physicians, hospitals, federal and state governments, consumer advocacy groups, equipment manufacturers, commercial insurance plans, employers and unions.

All things considered, good and bad, the ACA remains a significant, (almost miraculous considering today’s political animus), legislative accomplishment if only because special interest groups, worked collectively and not selfishly. Fear of missing out may have been their motivation. Notably absent from the cooperative effort was Big Pharma.

A lot was accomplished by the ACA besides bringing disparate groups together in an extremely partisan environment. Twenty million previously uninsured Americans got coverage; pre-existing conditions were protected; lifetime caps were abolished, access to care improved, hospital bad debt declined, and commercial carriers were limited to 20% of premiums for overhead and profit.

Again, despite its faults, the ACA remains a significant cooperative effort and victory for consumers. Taking politics out it, the pros far exceed the cons. Tossing it out and starting all over again would be a unconscionable waste of time, money and effort. What’s our budget deficit? It would push consumers back at least 10 years.

We should keep the ACA as a platform or constitution and tweak it with amendments and a Medicare public option would be a good tweak. It would simply become just another plan for individuals, employers and unions to consider. Take it or leave it. And no need to run the gauntlet.

The public option would be very competitive because of relatively very low administrative costs and not having to satisfy shareholders (profits). As long as providers are paid about the same as traditional Medicare for seniors, there should be little impact on participating physicians and hospitals.

Special interest groups wary of the public option (Big Pharma, commercial insurers) are “warning” the public that their choices will limited. In reality, if you have employer-based care, your employer selects your health plan and therefore limits your choice of providers. Individuals who purchase their insurance through an exchange actually have more choice than those covered at work. If for some reason their preferred provider chooses not to participate in the public option, they can pick another plan. Critics and vested interests threatened by change typically resort to spreading fear about access and quality. To them, the public option is the proverbial nose of the camel in the tent.

Quite possibly, over time, natural market forces may result in commercial payers gradually abandoning the healthcare insurance market, resulting in a single payer system in a last man standing scenario. A single payer will eventually have the clout to use its purchasing power to finally negotiate drug prices. The billions in savings from lower drug and administrative costs will help mitigate the increased costs associated with a rapidly aging population; the high cost of artificial intelligence technology and long-term care.

The reality is despite all the attention healthcare is getting in the media and in the presidential political debates, behind the scenes 2,775 healthcare lobbyists representing 1,300 clients control the narrative. While all of our 535 elected representatives on the Hill and most of our 330 million citizens want lower drug prices, 1,300 drug lobbyists have succeeded in thwarting any progress. Recognizing this unfair and unfortunate reality, the Medicare public option seems to have the best chance of surviving the gauntlet.

George W. Chapman is a healthcare business consultant who works exclusively with physicians, hospitals and healthcare organizations. He operates GW Chapman Consulting based in Syracuse. Email him at gwc@gwchapmanconsulting.com.

Helping Out During the Pandemic