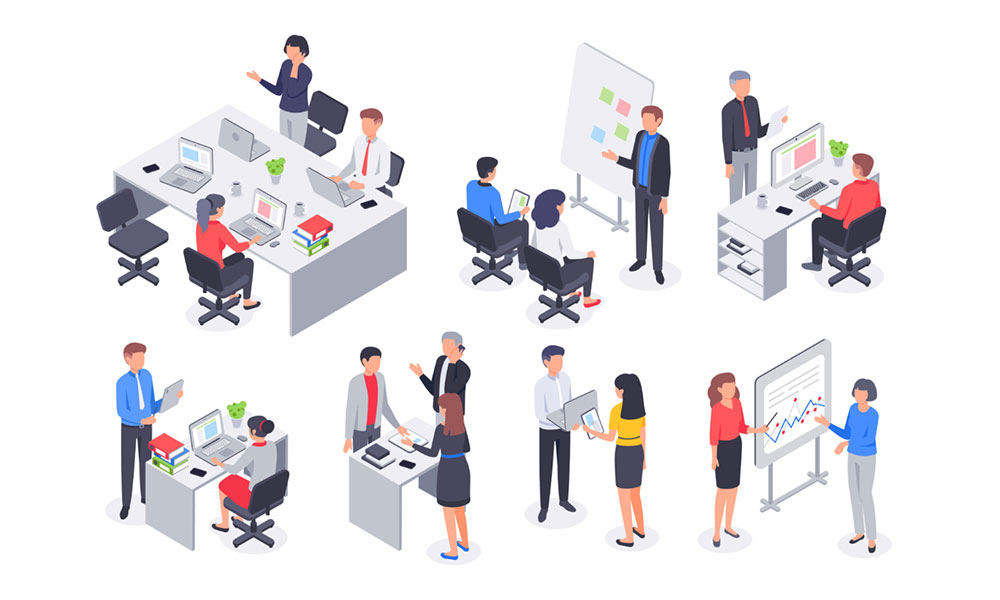 New Yorkers across the state are headed back to the office after months of quarantining, but it’s not exactly business as usual.

Employers had to create safety plans in order to reopen that have made major changes to their operations — everything from new cleaning procedures to amending the way they deliver services to their customers.

Even their customers are being asked to help by wearing facemasks and practicing social distancing when visiting. And the way some professionals see it, there won’t be a return to normal — this is the new normal.

Nellie Brown, the director of Workplace Health and Safety Programs for the Worker Institute at Cornell University’s School of Industrial and Labor Relations, said the workforce is entering a new phase.

“We are looking at the workplace through the lens of communicable diseases and we hadn’t really done that before,” Brown said. “We tend to look at the workplace in terms of what is safe occupancy to get good egress in an emergency like a fire or how do we size our ventilation system for this number of occupants — that kind of thing, but we haven’t really looked at disease prevention quite the same way before.”

Brown, a certified industrial hygienist, has been advising businesses on how to reopen safely. She said there are some changes that can be made immediately, like having employees work at the office on different days to reduce how many people are sharing the same space at once, or at the very least staggering arrival and departure times to reduce congregating in elevators and stairways. Another quick fix is improving the office’s cleaning and disinfecting practices.

Then there are the bigger, long-term modifications. Brown said in the near future, it’s possible that offices may be outfitted with communicable diseases in mind. That means installing ventilation systems with better air filtration and replacing commonly touched surfaces where possible, such as putting in automatic faucets in the restroom. Even the design of offices themselves could be amended.

“I think this is going to really spell the end of the open office idea,” Brown said. “If you’re going to have high cubicle walls or put people into private offices then that’s different because you’ll have barriers, but if you’re going to have little bitty cubicle walls or desks just scattered all over the place, that’s not going to work unless you drop your density so enormously and that may not be practical for some.”

Companies that already adapted to the modern open office are now wrestling with how to safely reintroduce their employees into that environment. One such business is The Digital Hyve, a digital advertising and marketing agency based in downtown Syracuse. CEO Jeff Knauss is delaying when his employees have to return to the office until later this summer and even then, things will not be the same. Only a certain amount of people will be allowed in the building at any one time, shared spaces like the office kitchen will be off limits, and each employee will need to wear a facemask.

Although some of those rules may be amended to meet the present circumstances, Knauss said there are some adjustments that will be permanent. He plans to add more opportunities for remote work on an ongoing basis. The Digital Hyve already allowed employees to work from home one day per week before the pandemic, so it was an easy transition when the state shut down in mid-March. And the lockdown since then has given the company the chance to work out the bugs.

“We miss the ability to collaborate with our team members and just walk over to the desk and have a quick conversation,” Knauss said. “But we have different communication tools set in place so no matter what your preference is, you can still have those conversations. We have one-on-one Slack [instant messaging] communication that can happen regularly and Zoomif you need more of a formalized meeting or if it’s a larger group setting.”

Knauss said in conversations with his peers in the digital and tech industry in Syracuse, they have collectively come to realize that a physical presence in the office isn’t necessary to effectively run their companies.

One of those peers is Jeffrey Rubin, CEO of Sidearm Sports, a Syracuse-based company that builds website and apps for college athletic programs. Not only has his staff acclimated to this new environment, it’s also changing the way they plan to operate moving forward. Whereas in the past the objective was to hire mainly within Syracuse or those who were willing to relocate to the Salt City, Rubin said that’s no longer viewed as necessary.

“I think our mentality has changed,” Rubin said. “Maybe it doesn’t really matter that we’re here in Syracuse. We could hire a developer that’s from Buffalo or Rochester or Albany or downstate and maybe they can come to the office every once in awhile to have that social interaction, but that we can do this remotely. We’ve been tested over the past nine weeks and we have come to realize we can use technology to be as collaborative.”

While Rubin acknowledges that it’s easier for the tech industry to embrace remote and other digital work given the services they provide are all done online anyway, he believes these changes will spread to other areas of the workforce too just like how every office has come to implement technology in some capacity.

Knauss says it could have broader, cultural effects as well.

Culture changes are perhaps one of the most important adjustments employers and employees need to make to avoid another major outbreak according to Brown, the Cornell expert. At the top of her list is encouraging people to discourage presenteeism – the opposite of absenteeism. She said too many people think going to work when you are sick is an act of loyalty or courage, but it is actually more expensive and counterproductive in the long run because of how that illness can infect others. Instead, Brown said employees should collectively bargain for better sick policies and employers should stop putting their efforts into punishing sick leave and focus on cross-training employees so that when one person is out sick, the office can function in their absence.

Brown said no single change is going to make the difference necessary to avoid another contagion, but taken together they can reduce that risk. It may take a while, however, we’re the only ones standing in the way.

“This means a lot of change and change is difficult for humans,” she said. “Oscar Wilde said when faced with the need to change or to prove they don’t need to change, most people get busy on the proof. And you could see that on Memorial Day when so many people behaved as though they were Kindergarteners on recess — they just immediately ran out, going right back to their old ways of doing things. And, unfortunately, we can’t do that. We’re creatures of habit and we have to build new habits.”