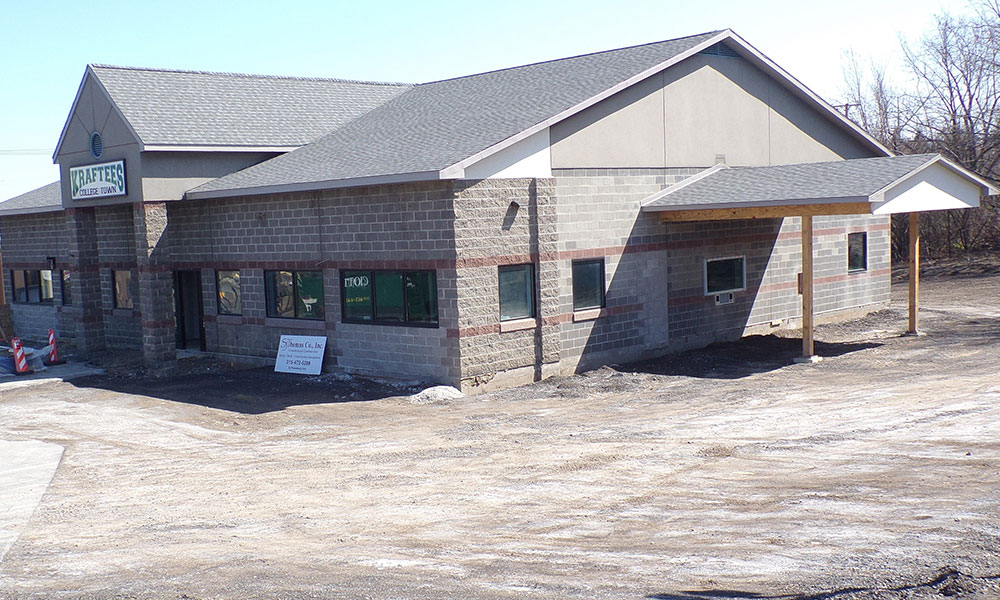 OCFCU’s 5,000-square-foot branch will be the fifth office of the local credit union. It will open in the former Kraftees College Town site, 242 W. Seneca St. in May.

The new site is expected to open in mid-May and will provide more space, access to safe deposit boxes and more.

Oswego County Federal Credit Union plans to open its new location on the Port City’s west side in mid-May.

According to CEO William Carhart, the 5,000-square-foot branch will be located in the former Kraftees College Town site, 242 W. Seneca St.

“We’re looking to have it open by mid-May. That’s our timetable,” he said. “It’ll be a very clean and modern office space.”

The credit union’s 300 W. First St. branch has been closed to the public, operating as a drive-thru location only, since March 2020.

“We just didn’t have the room we needed to do every thing we wanted to do safely,” he said.

For several years, OCFCU has offered text concierge, which allows members to conduct almost all their financial transactions securely via text.

The credit union will move its west side staff into the new facility. They will also relocate staff and equipment from the space they’ve been renting on the west side, Carhart said, adding that two new staff will be added.

There isn’t an official closing date for the current west side branch.

The new site will be cleaner and more modern with much more room for customers and staff. “We’ve gutted the inside. It will be a completely different layout,” Carhart said. “We’re moving two (offices) into one. It will improve our level of member services. The new site gives us room to grow.”

In the new office there will be safe deposit boxes, a drive-thru ATM, two-lane drive-thru and multiple loan officers.

They had looked at other locations, including the former Pizza Hut building across the road on Route 104 West.

However, the Kraftees was the best option. Not only did it offer the space to accommodate the credit union’s needs, its location was such that members will be able to turn into the drive-thru, go around and easily exit on the other side without having to fight with a lot of traffic.

There is still a significant amount of work to finish up, Carhart said.

“We have a fair amount of work left to do on the outside. The parking lot needs to be painted and re-striped. The building needs to be repainted as well,” he said. “There is some lighting and electrical work left to be done.”

Carhart believes credit union’s members enjoy being treated as a name, not a number. “It will be good when we get back to deal face-to-face with people,” he said. “We’re excited to have a presence open again on the west side.”

The credit union has four branches and added a new satellite office at the Center for Instruction, Technology & Innovation in Mexico in January 2020.

Over its 46 years of serving the residents of Oswego County, the credit union takes great pride in reinvesting in the communities it serves.

It makes donations, community investments and sponsors events that total in excess of $50,000 annually.

Normally, the credit union sponsors “Movies in the Park” on Wednesdays of each month during the summer with venues set up at local parks in Mexico, Fulton or Oswego.

It participates in the Gloves for Love program, which provides free hats, gloves and scarves for those in need during the winter time.

OCFCU’s third branch involved a complete restoration of the historic railroad depot at 5828 Scenic Ave. in the village of Mexico in 2010.