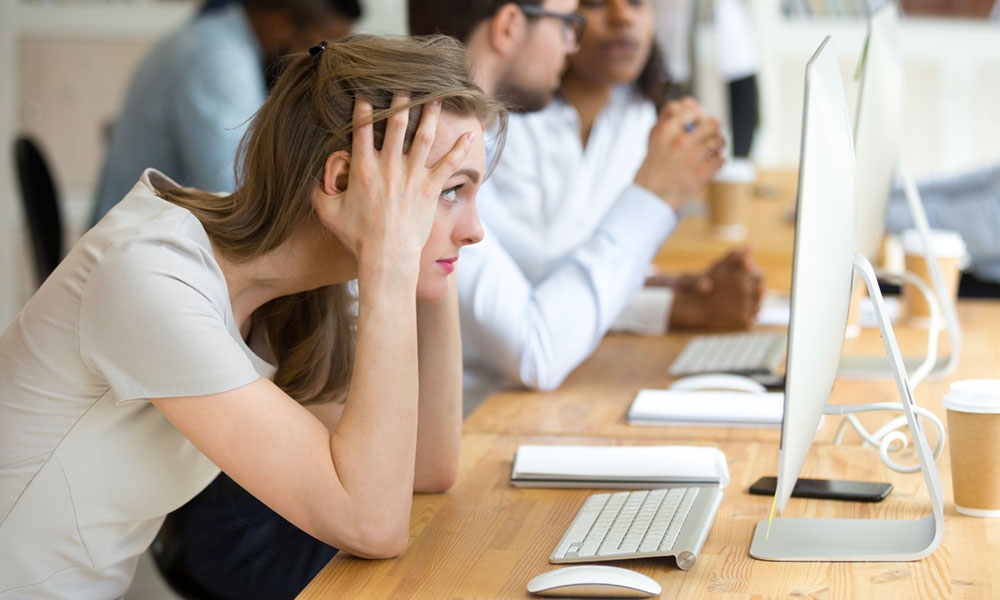 Debt, a competitive job market, political climate and uncertainty about the future of the planet are some of the reasons millennials are down, says study 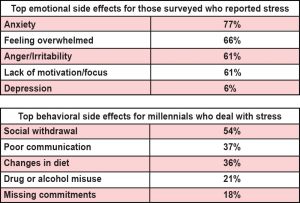 Millennials are quite confident that they are more stressed out than their parents, or any other generation for that matter.

According to a recent report by the Lhasa OMS acupunctural supply company, 78% of American millennials believe life is more stressful today than for previous generations. Their main reasons for feeling this way — debt, a competitive job market, and expensive health care.

The survey, which Lhasa OMS completed in June of this year, involved 2,010 Americans between the ages of 18 and 37. The average age of those who completed the questions was 28.5. Fifty-seven percent of the respondents were females, while 43% were male. Millennials are defined as those who reached young adulthood in the early 21st century, which is generally those born between 1981 and 1996. They are also referred to as the “echo boomers” due to the major surge in birth rates during those years, and because their parents would be from the baby boomer generation.

According to the survey, 80% of millennials experience stress several times each week; 40% experience it daily. In addition to debt, the completive job market and health care expenses, other reasons for this age group’s stress include worries about the future of the nation, the political climate, the future of the planet (environmental concerns), technology/media overload, online social pressure, dating, risk of identity theft, and dealing with online bullying.

As far as the sources that create the stress, not to be confused with specifically what the millennials are stressed about, the survey identified the following: finances, work-life balance, mental health, relationships with family or friends, physical health, U.S. politics, romantic relationships, global threats, living situation, life milestones (career success, weddings, having children), social media, moving or relocating, crime or violence, and mainstream media, according to the survey.

Ninety-one percent of those surveyed indicated that having a higher income could make them feel less stressed.

Psychologist: Everyone is more stressed

Ronald Fish, a psychologist and the clinical director of the Psychological Healthcare practice in Syracuse, said he has noticed increased stress levels in younger patients, though everyone seems more stressed these days.

“It does seem like it really has increased for all of us,” Fish said. “There’s so much unrest.”

Fish believes that the era in which millennials were raised and how they were raised plays a role in this trend. This is a group of people who grew up in the post-Sept. 11, 2001 era. “It was the end,” he said, “of a certain sense of security in our country. The optimism that the world will be a better place has eroded.”

“They were raised with the cell phone, which informed their social relationships. They are also looking for a sense of connection with what’s helping in their world. A complete story always starts with a problem to be solved,” Fish said.

While illegal drugs or illegally obtained prescription drugs are more plentiful, Fish has not seen any spikes to indicate that millennials are more likely to abuse drugs than members of other generations did when they were younger. And stress and anxiety have always played a role in a person’s decision to use illicit drugs.

“That hasn’t changed,” he said. “People need help relating to a situation, and they see that as a solution to the challenges they are facing.”

He’s treated a number of patients who are into their 20s and still living with their parents because they can’t find a good-paying job. College loan debt is a huge problem for many of them. Their longer-term financial outlook appears to have them much worse off than their parents even if they are more educated and were lucky enough to land a job in their desired occupational field. Home ownership does not appear to be on their horizons yet. And women and persons of color are feeling the most anxiety, Fish said.

“I don’t agree that phones and social media are to blame,” he said. “Social networking is important, but the problem is it can magnify anxiety that’s already there. People are posting about their success — winning a race, getting a promotion. It can make people feel pressured to compete for that attention, and they feel bad about themselves.”

This is also a generation that is coming of age in a new era of public shaming, Fish explained. If someone is recording doing something stupid or saying something stupid, the footage and information travels so fast and so far, and it can be permanent. But while that can heighten fear and anxiety, it can also elevate the norms for public behavior to improve,

“That can be constructive,” Fish said, “and with the new norms stress levels can eventually level out.”

All told, Fish explained, people can collectively reduce stress levels for themselves and others if they get away from scrutinizing others so much.

“New rules are being written and a lot of people are not able to find their way right now,” he said. “The psychology has not changed – it’s important to do what they can to help their own nervous systems. We need to be respectful of ourselves and each other, and find a purpose for making the word a better place.”