Whatever impression people have of Bogota it is sure to be wrong if they have haven’t visited the capital of Colombia recently.

A wide green area separates the divided highway from the airport into the city — the city is ringed by tree-covered mountains, and there are plenty of parks. This is especially impressive because the population is about the same as New York City.

There are many interesting things to see and do.

The most impressive area in Bogota is La Candelaria, where the colonial style buildings have been beautifully preserved, is a top option. One of the best pastimes is wandering the streets of Candelaria admiring the colonial architecture.

Each street is a photo opportunity with brightly colored buildings, many with intricate balconies, some with privacy screens and others laden with flowers, but always with the green mountains as a backdrop.

Many of the buildings still carry the traditional names of the streets such as Calle del Olivo. Street entertainers are common. There are stores and stalls on the narrow streets that sell everything from emeralds to handicrafts.

The Metropolitan Cathedral on the large Plaza Bolivar is just one of many churches in the district. Most have ornate golden altars. Each church is unique such as the red and white Iglesia de Maria del Carmen, which is a blend of gothic and Florentine.

The large open plaza is also home to the Palace of Justice that has been restored since the 1999 storming by guerillas. Above the portal is the thought-provoking phrase, “Arms will make you free, but laws will give you liberty.”

Colombia’s best-known artist, Fernando Botero, donated his collection to the Botero Museum which also includes impressionist works by Picasso, Monet and Calder but it is the works of Botero that are the most interesting.

Always easy to recognize, Botero celebrates plumpness to express humor and satire. He brings fun to art by depicting himself in rotund form as the El Presidente, El Capitan and El Guerrilla. Adjacent to the Botero Museum there are other museums, including one devoted to religious artifacts and another about money.

The most famous museum in Bogota is the Gold Museum. With only one-third of the 35,000 pieces on display it is still the world’s largest collection of gold ornamentation, it is especially thought-provoking to realize that most of the gold was hauled away by the Spanish. The gold artifacts are on display in the circular Salon de la Ofrenda. When visitors enter, the door closes behind them and all is dark in the room. Slowly the golden objects are spotlighted and an audio explains the history and use of the objects. The brilliant gold of the Muisca Raft is dazzling in the spotlight and surrounded by blackness, which brings out the intricate detailed workmanship.

The Museo Nacional de Colombia, housed in a converted fort-like jail, explains Colombia’ tumultuous history. The museum’s Gostinos Restaurant, with a view of the museum from the floor-to-ceiling window is a great place to partake in Bogota’s slow food movement. The chef is a supporter of the slow food movement. A reaction to the fast food restaurants, slow food proponents take the time to enjoy every aspect of dining — the look and the smell, plus savoring the taste.

At Gostinos the mixed ceviches (marinated seafood salad) served on clamshells feature shrimp with a variety of unique sauces created by the owner. All dishes are wonderful — from the Mexican to the Italian to the mango ceviche. The meal should include the typical drink, corozo, a frothy swirl of milky and dark rose-colored palm juice, with a refreshing taste similar to cranberry. Of course, a meal has to end with Juan Valdez’s signature drink, coffee. Juan Valdez coffee shops are found in many parts of the city.

Part of the charm of Bogota is the presence of the green mountains, especially Monserrate, which is visible from most parts of the city and easily recognized because it is crowned with El Santuario de Monserrate. With spectacular views of the city, it is easily reached by a cable car or by a grueling uphill trek which is the path of pilgrims on Sunday.

For the perfect day trip from Bogota, take the high road along the mountains to the town of Zipaquira to see the magnificent salt cathedral.

On the way, stop outside of Bogota at the vista spot to see Bogota spread out in the valley far below. The drive to Zipaquira is beautiful with green valleys and cows grazing in the fields making one think of Switzerland.

The cathedral is the focal point of Zipaquira’s brick central plaza ringed by traditional buildings but it is only a short distance from the center of town to the magnificent subterranean cathedral built in salt mines that were in use even before the arrival of the Spaniards. Located 660 feet underground, it is especially impressive on Sundays when mass is held and music can be heard in all the chapels and walkways.

Along the way to the main altar there are stations of the cross. There are many things to see including the small altar in front of a waterfall of stalagmites behind a font used for baptisms.

The weather is mild year around but the best time to visit is between December and March.

Americans only need a valid passport and a return ticket. Credit cards are readily accepted in hotels and restaurants in the city but the Colombian peso is the only currency accepted in small shops and places outside of the city. ATMs can be expensive, making a bank the best place to exchange money. English is widely spoken in tourist areas but not so much outside the city. 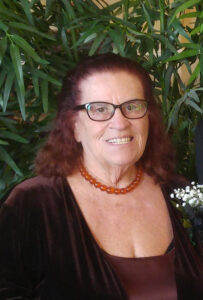