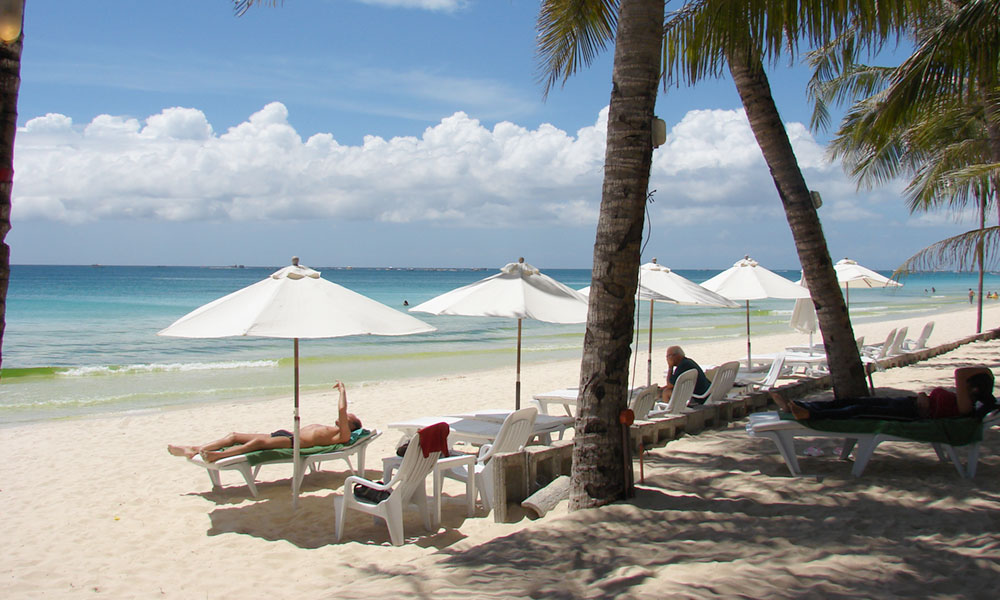 Once an American colony, country consists of over 7,000 islands — it has mountains, caves, white waters and many great beaches

The Philippines were colonized in 1521 by the Spanish, who left their mark on the culture of the country. As a result of the 1898 Treaty of Paris ending the Spanish-American War, Spain ceded Puerto Rico, Guam and the Philippines to the United States for $20 million.

There are many ethnic groups on the islands creating many dialects but the two official languages are Filipino and English. It is the third largest English speaking country in the world.

The Philippines consists of over 7,000 islands with many beaches, making it a popular destination. The country has the fourth longest coastline in the world and a tropical climate that draws sun worshippers worldwide with the beaches of Boracay and Palawan especially popular. Reservations for holiday weeks, especially Easter week, should be made well ahead of time. There are resorts in all categories from five-star resorts to huts on the beach.

The beach resorts offer all the normal fun-in-the-sun activities from jet skis to snorkeling to sail boating. One of these resorts, outside the southern city of Davao, was once a pearl farm as its name suggests. Guests at Pearl Farm Beach Resort can dive on a sunken WW II Japanese cargo ship teaming with fish several feet off shore. Folkloric shows, mainly in hotels and resorts, celebrate the diversity of the country.

Most people arrive in the Philippines in the capital city of Manila on the island of Luzon, where one of the major battles of World War II took place. The city was decimated but today is a densely populated city. The best place to get a feeling of the Philippines under Spanish control is by touring Intramuros, a walled city in the heart of Old Manila. Tours include the baroque 16th century San Agustin Church and Fort Santiago. There are many tours offered to explore the city and area including one dealing with the life and times of Imelda Marcos, the famous, or infamous, first lady of the Philippines.

Many battles were fought in and around the Philippines during WW II, including the fierce battle of Corregidor. One of must-do tours while in Manila is to the island of Corregidor, strategically located in Manila Bay. There is a tour of the entire island, including bombed ruins of barracks, with the most impressive part of tour is the Malinta Tunnel. The bomb-proof tunnel was used for storage and as a personnel bunker and later as a 1000-bed hospital. The tunnel has a main branch 831 feet long with 13 lateral tunnels averaging 150 feet. It was the headquarters of General Douglas MacArthur until General Wainwright took over. The Japanese laid siege to the island. With troops starving and injured, Wainwright surrendered after sending a message to President Roosevelt, “There is a limit of human endurance, and the point has long been passed.”

There are many features unique to the Philippines. The Banaue Rice Terraces on the island of Luzon were carved about 2,000 years ago by the ancestors of the present Filipinos. Another is in the province of Bohol. The island is famed for its coral reefs and the unusual geological formation called the Chocolate Hills. Over 1,200 symmetrical mound turn chocolate brown in the dry season while the surrounding jungle remains a verdant green.

While on Bohal Island don’t miss the Tarsier Sanctuary. The endangered tarsier is considered the world’s smallest primate. The big-eyed, nocturnal tarsier is only 4 to 5 inches and weighs about 4 or 5 ounces. They are mammals, giving live birth, are monogamous, and the females take care of the young.

The diversity of ethnic groups along with the influence of the Spanish makes the Philippines a culinary delight. The mangos from Cebu are considered the best in the world. Many consider adobo, pork or chicken stewed in a special sauce, the national dish. No celebration is complete without lechon, suckling pig roasted all day over an open fire. Halo-halo, “mix mix” in Tagalog, is a unique Filipino cold desert. It is a concoction of crushed ice, evaporated milk, and a mélange of other ingredients such as ube (purple yam), sweetened beans, coconut, sago (tapioca), seaweed gelatin, fruit slices and whatever topped with a scoop of ice cream.

Visitors only need a valid passport and no visa is necessary for stays under 30 days. The Philippine peso is the official currency which is easily available at ATMs, banks and hotels. The Jeepneys are the most popular means of public transportation. The brightly colored Jeepneys, adorned with elaborate decorations, have become a symbol of the art and culture of the country. The best way to get from island to island is by airplane but some islands are connected by some form of water transportation. November to February are the coolest months and a good time to visit the Philippines as far as weather is concerned. March to May are the summer months in the country and are classified as hot and dry. June to October is rainy, with the months between July and September characterized by hurricanes.