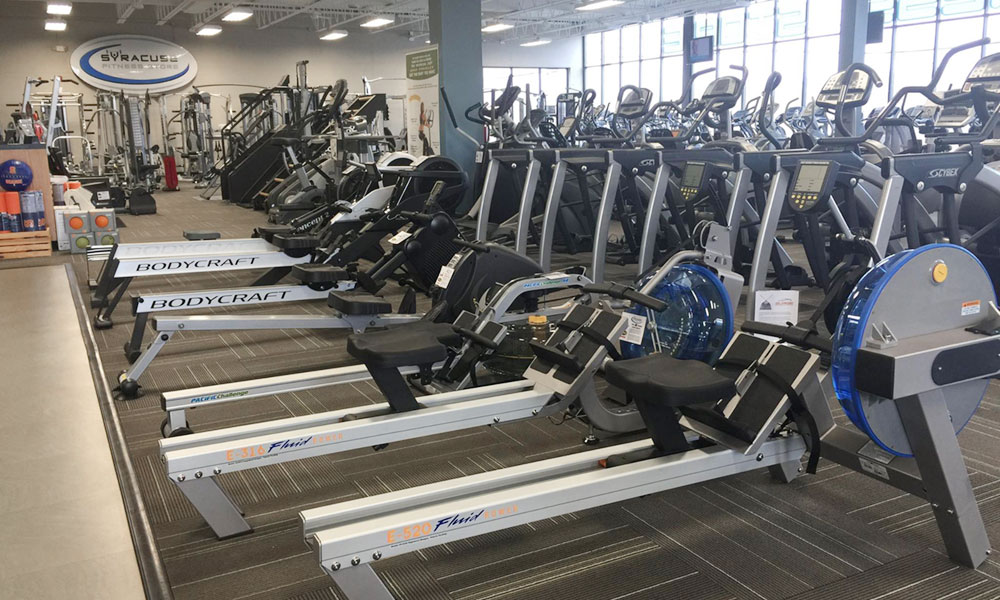 Pandemic has been good for businesses that sell fitness equipment. Andy Venditti, owner of the Syracuse Fitness Store, said his sales were up more than 100% in 2020 compared to 2019. 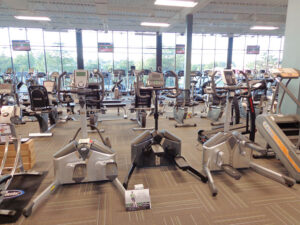 When it comes to setting New Year’s resolutions, fitness goals are nothing new, but exactly how people choose to get in shape this year may be changing. Several national surveys reveal that fewer people intend to return to gyms even after the pandemic ends, meaning the at-home workout routine that was once a necessity could now be the preference for many Americans.

The fitness research firm ClubIntel conducted two surveys last year of approximately 2,000 health club members across the country. It found that as of November 30, 60 percent of those surveyed had not returned to the gym. The majority of them instead chose to continue their at-home routines. Other surveys report similar numbers. And while uncertainty over COVID-19 is a leading factor in this trend, it is undoubtedly connected to consumer spending habits as well.

People scrambled to buy home gym equipment last year after quarantines were imposed and gyms shuttered as they didn’t know when the lockdown would end. Andy Venditti, owner of the Syracuse Fitness Store, said his sales were up more than 100% in 2020 compared to 2019.

“There was tremendous demand for equipment,” Venditti said. “They were taking anything they could get. We were getting people buying and reselling it –which I’ve never experienced before– on Facebook marketplace and Craigslist to make a profit.”

The Syracuse Fitness Store offers numerous machines and gear, everything from dumbbells to treadmills to stair climbers. While the business does commercial sales, 95 percent of the sales in the last year came from people trying to remain active at home according to Venditti. Customers ranged from those who needed to exercise for medical reasons, like physical therapy after major surgeries, to ‘gym rats’ who had become accustomed to frequent workouts. Even some parents were building gyms for their children because schools were closed.

The demand for in-home exercise equipment cleared sporting equipment stores throughout the nation for much of last year. Venditti said it created a massive backlog for businesses like his as manufacturers struggled to keep up with the surge. In January, the Syracuse Fitness Store was still delivering items that were sold back in August and September! And demand is not dropping. Venditti said orders kept coming in even after gyms were permitted to reopen.

“If anything, it’s even more busy because I think there were people holding out, waiting for gyms to open and then once they did reopen, they went back and felt unsafe or uncomfortable having to wear a mask,” Venditti said.

Chrissy Mason, one of the owners of Take Charge Strength Studio, a gym and personal fitness training facility in Mexico, has seen this first hand. She said her business has experienced at least a 20 percent drop in traffic over the last year.

“We used to have 10-15 people in a class and we still struggle to get 6-8 people in each class now,” Mason said. “We do have dedicated clientele, but we have some clients who are very skittish about being around other people.”

However, Mason, who describes herself as an ‘annoyingly optimistic person,’ said it’s not game over. The key for gym owners is not waiting out the pandemic, she says, but adapting to these new circumstances.

“With everybody who has gone out and bought their at-home gym equipment, they’ve got all of these things now that they want to stay home and work out, but they might not necessarily have the knowledge to do it,” Mason said. “That’s where we come into play. Fitness facilities and personal training studios and gyms really need to basically grow with the times and start doing trainings and utilize the things that people have in their basements and their garages and their attics so that we can stay viable.”