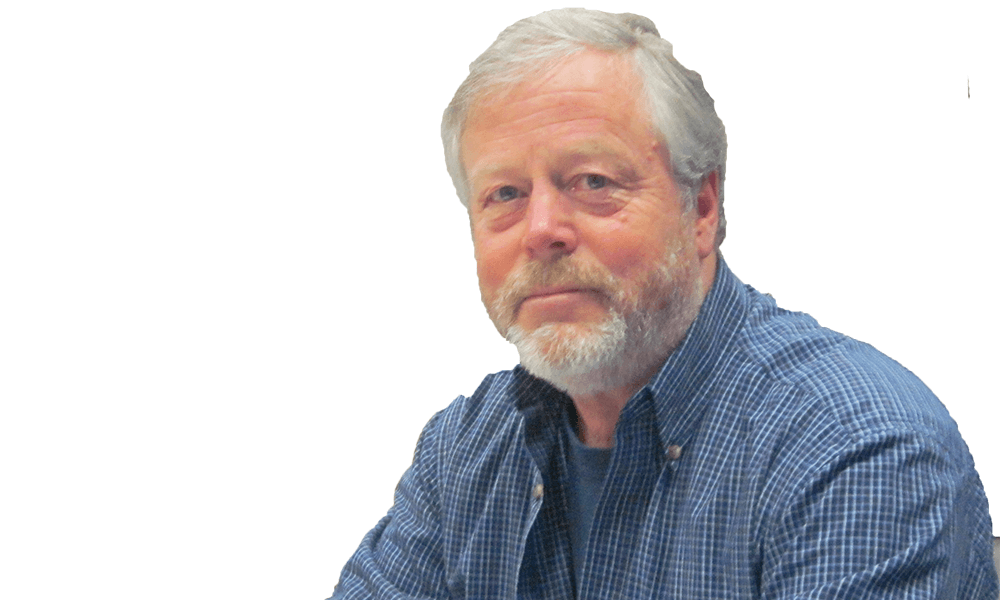 Let’s just say James Weatherup has 3-D vision. His mantra as the new chairman of the Oswego County Legislature is: digest, discuss and decide what’s best for all.

Weatherup, 61, has been involved in politics on the local level for many years, and said he has enjoyed the challenge.

He served as town supervisor in Hastings as well as the Republican majority leader for the county legislature. He has represented District 9 in the county since 2014.

“When [former chairman] Shane Broadwell mentioned he was stepping down because of time constraints, I was asked by a number of fellow legislators to pursue the position, and humbly, here we are.”

Weatherup characterized what his duties are as legislative chairman.

“Obviously there is a component of chairing the legislative meeting once a month, which is what is sometimes the most visible,” he said.

Weatherup said it’s his fellow legislators that serve on committees who do the heavy lifting.

“One of my functions is to see that legislators have all the pertinent information to make the best decisions for the residents of Oswego County,” he said.

Weatherup said he also represents Oswego County on a bigger stage to attract industry and business to the area.

“We have a terrific community here and it is one of my jobs to make sure we can grow our county all that we can, so the children of tomorrow have opportunities and want to stay here,” he said.

Weatherup said he is ready to take on some of the more challenging aspects of leading the legislature.

“I think the hardest thing is to get us all to see through someone else’s eyes,” he said. “All of the legislators were ‘hired’ by the public to represent them to the best of their abilities, and sometimes personalities get in the way.

“You might not have realized there were two sides to every issue if you only hear yourself speaking.”

As a result, legislators need to look at what is best for the most, not just folks in their particular areas of governance.

“Hopefully, I can bridge the divide and build consensus, and maybe a little respect for a differing point of view,” said Weatherup, noting divisiveness is “really not that big” of an issue.

“Honestly, we really are not that far apart, and we all want what is best for the most,” said Weatherup, noting there are five Democrats and 20 Republicans on the legislature.

“I don’t have a problem at all listening, and sometimes an opposing viewpoint brings a perspective that the ‘other’ side hadn’t considered,” he said. “If we can make decisions jointly, terrific.”

In terms of skill sets, Weatherup said he is not only a good listener, but strives to be fair.

“I can be stubborn like anybody, but changing my mind isn’t out of the question,” he said.

“I try to find common ground, but when it finally comes down to hitting the button, there needs to be a decision,” he said. “What I think I can do is let everyone know that the team and I listened, and although you might not agree every time, your viewpoint was considered.”

Weatherup said it’s really a question of “being as fair as you can, and treating someone like you would like to be treated.”

Rolling up the sleeves

Upon becoming chairman, Weatherup said he was intent on lawmakers resuming activity on a variety of programming and planning initiatives recently put into motion and follow those through to fruition.

He said Broadwell was instrumental in establishing a significant amount of positive relationships that have been carefully cultivated and nurtured.

Those include regional efforts to promote business in the area, as well as working with neighboring counties to form the highly successful Oswego County Land Bank concept.

The land bank facilitates the return of vacant and abandoned properties to productive use.

Weatherup said there is also a “new-found synergy” among the legislature and cities, schools, villages and towns in the county “that should pay back handsomely in the near future.”

An example of that is the recently formed Community Safety Initiative Committee.

The committee brings together several local agencies to help enhance safety in schools and municipalities through education, training and guidance.

Weatherup noted the initiative is a coordinated effort among the legislature, sheriff’s department, E-911, emergency medical services, the district and county attorney’s offices, the Center for Instruction, Technology & Innovation, fire coordinators and representatives from the mayors’ and town supervisors’ associations.

This initiative is to ensure the county has a unified response in a worse case scenario.

“It could possibly be the best thing we ever do, and I hope we never use it,” he said.

A new terminal building is in the works as well as construction of a new hangar, while the facility plans on applying for grants to build a public sewer system to serve the site.

“There are discussions with other municipalities involving infrastructure needs that the county has been helping with, and overall we have been at the forefront of grant procurement for our community by working with, rather than against, other entities that make up our county,” he said.

The lack of wastewater systems and other infrastructure in parts of Oswego County was identified as a major obstacle to economic development in the 2017 Strategic Economic Advancement Plan.

While infrastructure needs are capturing attention, the ability to reduce taxes without affecting services is perhaps Weatherup’s greatest challenge.

An avid snowmobiler, James Weatherup is the founding member and first president of the Square Valley Trailblazers Snowmobile Club.

“We need some fresh eyes on the question as a whole,” he said. “With Albany and Washington pushing unfunded mandates down to the local level without a clear path to pay for them, there are many hard questions that county government needs to ask everyday.”

These questions include, “Is it necessary?” “Is there another way?” and “Can it wait?”

Weatherup said these challenges don’t stop at the county level.

“All the towns, villages and cities will need to get innovative to survive, and we hope to partner with any and all that can help,” he said.

Weatherup is the installation supervisor at Pair Gain Communications on South Bay Road in Cicero. The business specializes in commercial telecommunications. It provides engineering, equipment, installation and logistics support.

After finding construction work slow one winter 25 years ago, Weatherup began working as an installer for a major telecommunications firm in New York City, an opportunity presented to him by a friend.

“I thought I would work the winter and then go back to outside construction, but I received a few promotions and raises and thought, ‘I might stick this out a while.’”

Stick it out he did. He worked the NYC job for three years while commuting home on weekends.

When an opportunity arose to work for Central New York-based Pair Gain Communications, a telecommunications company involved in major installs, he jumped on board and has never looked back.

“It was good to get out of city life and come home,” he said.

A native and lifelong resident of Central Square, Weatherup, an avid snowmobiler, said the change of seasons and scenery has always been a draw for him.

He is the founding member and first president of the Square Valley Trailblazers Snowmobile Club.

“I really enjoy where we live and work. From the lakes, mountains, rivers and forests, sometimes we don’t realize just how nice it really is here,” he said.

Weatherup said he does not yet have an ideal retirement scenario in mind.

“I like visiting and traveling, but don’t see where I would move away. And now I have grandkids two doors away,” he said.

Weatherup is a life member of the Central Square Fire Company.

“I’ve lived in Central Square all my life, basically next door to my parents, two doors from my grandkids, and across the street from my brother,” Weatherup said. “If I can help, I will. We all give back the best we can. Sometimes it’s hard to measure but we all want the best for our family and friends. Sometimes that involves a visible effort, sometimes not. We are all in this together.”

Career highlights: Being employed by the same company, Pair Gain Communications, for 22 years, rising from installer to installation supervisor-Northeast (Virginia to Maine)