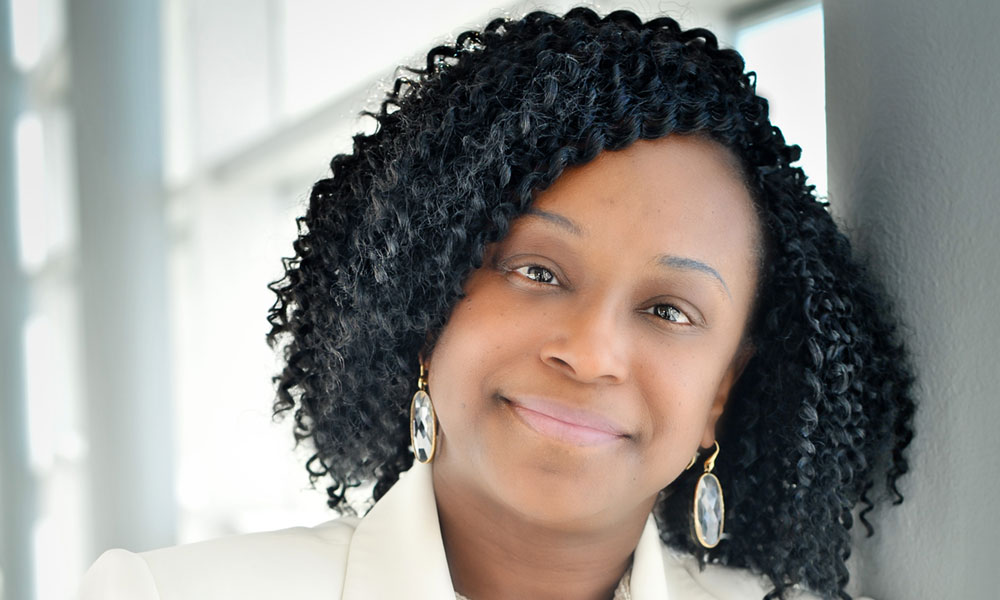 Me’Shae Rolling became president of Upstate Minority Economic Alliance in September. She shares her plans to grow the group, which already has about 150 members

Me’Shae Rolling wants minority-owned businesses to have equal representation in the American’s economy.

In September, she became executive director of Upstate Minority Economic Alliance (UMEA) in Syracuse, an organization that serves as a minority chamber of commerce to promote the economic power of minority-owned businesses. She personally understands the challenges of beginning a new business.

She transitioned into business ownership while still working a day job in events planning. Now she operates Financial Literacy, which offers classes on financial empowerment, and is a franchisee of Event Prep, which provides event planning to clients nationwide.

Because of the pandemic curbing travel and events, she’s shifting more attention to Financial Literacy. Her businesses helped her forge the many connections in the local business world that have helped her take the reins at UMEA.

Rolling believes that helping minority-owned businesses grow benefits all businesses in the region.

To be specific, the organization’s website states that in 2017, Black and Latino buying power exceeds $170 billion in Upstate New York.

A group of community leaders established UMEA in 2015 to initially reach Onondaga County; however, the organization is beginning to attract entrepreneurs in the Capital Region and Downstate. Rolling noted that entrepreneurs in more rural areas are also seeking membership with UMEA.

“They are expressing a desire to connect with other entrepreneurs of color, and ones from Downstate seek us, even though that market is established with resources because they enjoy the intimacy of our organization through our webinars,” Rolling said.

Around 150 people and organizations are members of UMEA. Rolling said that the nonprofit’s benefits include networking opportunities, educational webinars and virtual forums, and a listing on the organization’s website, www.upstatemea.com

Before the pandemic, these were in-person; however, like most organizations, UMEA adjusted to the times in April. Despite a shift to the virtual world, meaningful business connections still happen.

“At the end of last month, we hosted a networking event and I’m already hearing stories where people are hiring each other for their project,” Rolling said.

The organization also helps facilitate introductions for company leaders who identify a connection they would like to make.

UMEA is part of the Build Cuse Collaborative and an affiliate of CenterState CEO. Anyone who joins UMEA at the professional level receives base membership at CenterState CEO.

To help build minority representation in the business world, the organization developed a joint UMEA/CenterState CEO ambassadorship for events like ribbon cuttings and anniversary celebrations.

“We want to make sure Black and brown businesses are more represented in that,” Rolling said.

Rolling looks forward to making 2021 the best year yet for UMEA.

“We are definitely in the growth phases,” she said. “It’s like an airplane. In our first five years, we were just trying to get off the tarmac. We then had low altitude and now we’re trying to ascend to high altitude. We’ve accomplished much but we have even more cut out for us.”

The organization plans to make its website more robust and useful to members, which is especially important considering that is often the first point of contact.

UMEA also plans to continue to offer more webinar series to connect to its audience because of the continuing effects of the pandemic.

In addition to membership in UMEA, the organization also offers connection through becoming a Friend of UMEA for “those who are socially conscious and want to connect with our audience and provide contracting or employment opportunities,” Rolling said. “This came about because our stakeholders were saying to us, ‘Why not make a Friend of UMEA category?’”

Membership per year ranges from the $100 student membership to the $2,500 executive level membership.